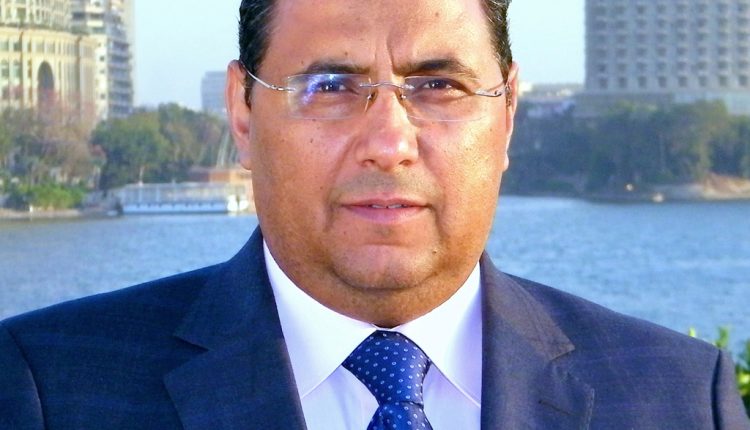 Hussein, an Egyptian national who has been held in custody since December 2016, was released from prison on Saturday.

In a statement, Acting Director General of the network, Mostefa Souag, said the release of Hussein was “a moment of truth and an inspiring milestone towards freedom of the press”.

“Al Jazeera Media Network welcomes the news of Mahmoud’s freedom and believes that no journalist should ever be exposed to what Mahmoud has suffered over the past four years for simply doing his job.

“Today we are happy that he is finally reunited with his family after four years of being deprived of his life and his basic rights. We wish Mahmoud a speedy recovery and hope that he can overcome this past ordeal and start a new chapter in his career. “

Mahmoud Hussein was greeted by his family when he was released in Cairo [Credit: Hussein family]On Saturday before, Hussein’s daughter Az-Zahraa had posted a message on Facebook: “Thank God, the decision to release Baba was implemented.

Hussein is the father of nine children and has decades of experience reporting for Arabic-language news channels. After years of freelance work at Al Jazeera Arabic, Hussein joined the network full-time in 2010, first in Cairo and later in Doha.

The 54-year-old was arrested in Cairo on December 23, 2016 while visiting his family for a vacation. He was interrogated for more than 15 hours without a lawyer present before he was released and arrested again days later.

The Egyptian Ministry of the Interior publicly accused him of “disseminating false news and obtaining funds from foreign authorities to defame the state’s reputation,” but no formal charges were ever brought against him.

However, the Egyptian authorities extended Hussein’s detention more than a dozen times, far exceeding the country’s maximum length of pre-trial detention in violation of Egyptian and international law.

During his time in prison, Hussein suffered physically and mentally. He was held in solitary confinement for a long time and was not receiving adequate medical treatment when he broke his arm in 2017. 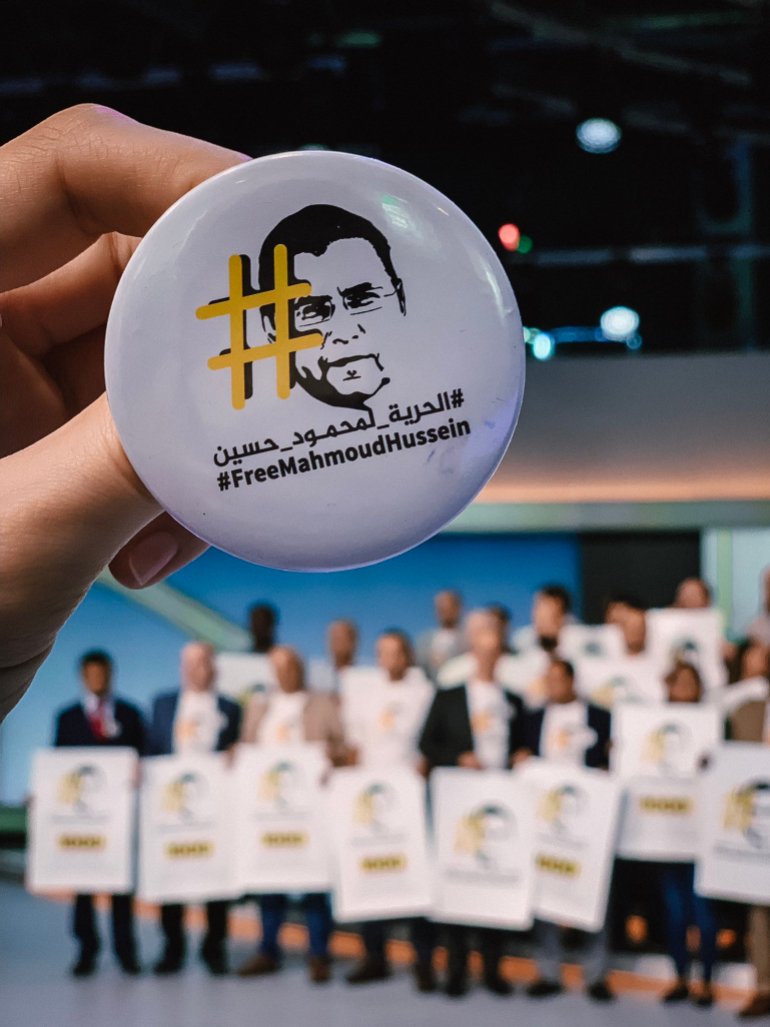 Al Jazeera launched an international campaign for the release of Mahmoud Hussein [Al Jazeera]In May 2019, Hussein was transferred from Cairo’s Torah prison to a cell in Giza to prepare for his “precautionary” release. As part of these measures, he should be released from prison with limited movement restrictions.

While waiting for final clearance, Hussein was suddenly taken to a prosecutor’s office and then sent back to prison. His family waited in vain outside to greet him.

For no reason, the authorities overturned the last-minute decision to release him and then announced that a new investigation had been opened against Hussein.

“Symbol of freedom of the press”

There was no official comment from the Egyptian authorities on Hussein’s Saturday release, a month after Egypt-Qatar relations were restored following a Gulf Summit in Al-Ula, Saudi Arabia.

In June 2017, Egypt, along with Qatar’s Gulf neighbors – Saudi Arabia, United Arab Emirates and Bahrain – closed relations with Doha and initiated a blockade against Doha because it supported terrorism and was too close to regional rival Iran. Qatar denied the claims.

“During his detention, Mahmoud had become a symbol of press freedom around the world,” Souag said in his statement.

“On the day of his release, Al Jazeera is calling for the freedom of all journalists who are wrongly imprisoned around the world.

“We commend all international human rights organizations, media institutions and journalists for their continued support and condemnation of the arbitrary detention of Mahmoud Hussein.

“On this day, Al Jazeera Media Network thanks these organizations and all voices of truth who have called for Mahmoud’s freedom and freedom of the press.

“Journalism is not a crime,” concluded Souag.