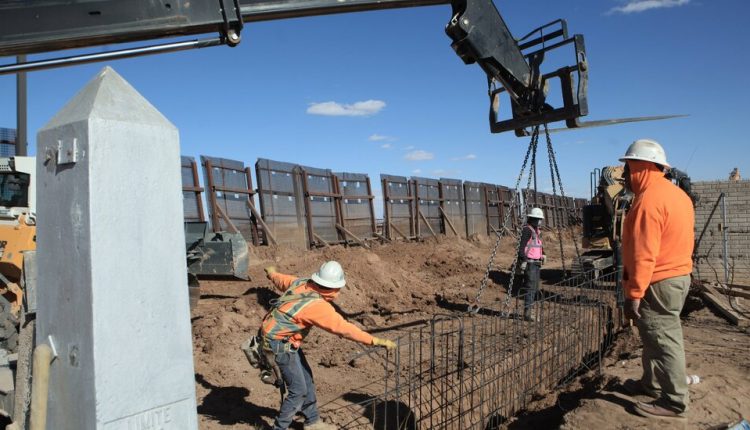 Armed Mexicans Have been Smuggled In to Guard Border Wall, Whistle-Blowers Say

Liz Rogers, a spokeswoman for SLS, said in a statement that the company had not commented on any litigation. Jesse Guzman, the president of Ultimate Concrete, said in a telephone interview on Monday that he was unaware of the complaint but denied the allegations.

“Anyone can claim what they want and that doesn’t make it right or it doesn’t make it come true,” he said, adding that it was two security officers who were angry that “something didn’t go their way”.

A U.S. Customs and Border Protection spokesman Greg Davis said the agency had not commented on any litigation. “Lack of comment should not be construed as conformity or determination with any of the allegations,” he said.

One of the guards, who acted as the site security manager for the contractors, told FBI special agents that through monthly audits of workers at the San Diego site, he found that many of the construction and security workers were not from Customs – and border protection checked or approved.

SLS, a major builder of Mr. Trump’s wall, has won more than $ 1.4 billion in contracts to work on several parts of the border. With these funds, the company allegedly allowed its subcontractor Ultimate Concrete to hire armed Mexicans and facilitate illegal border crossings that the president has been working to close.

Ultimate Concrete “built a dirt road that would allow access from the Mexican side of the border into the United States,” said the whistleblowers in the complaint. “This UC-built road was apparently the route that armed Mexican nationals illegally entered the United States.”

An SLS project manager then pressured one of the whistleblowers in July 2019 not to include information about the Mexican security forces in reports submitted to the Army Corps of Engineers.