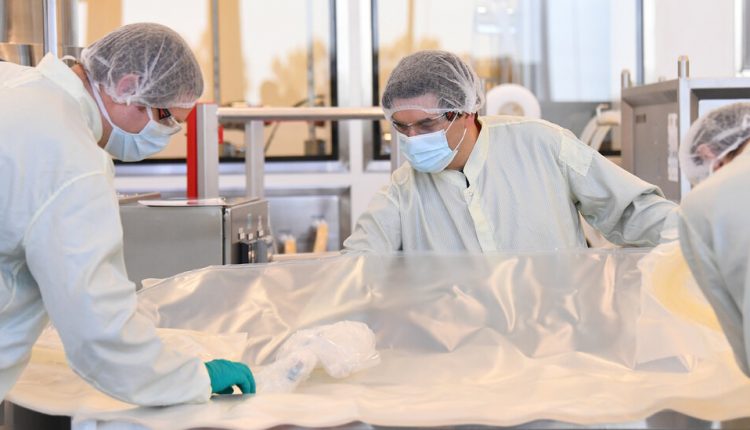 Australia on Friday canceled a roughly $ 750 million plan for a large-scale contract for a locally developed coronavirus vaccine after vaccination resulted in false positive test results for HIV in some volunteers who participated in an experimental study.

Of the dozen coronavirus vaccines tested around the world, the Australian one was the first to be abandoned. While the developers said the experimental vaccine was safe and effective, the false positives risked confidence in efforts to vaccinate the public.

Prime Minister Scott Morrison said Friday that his government would partially offset the loss of 51 million doses it planned to buy from the Australian consortium by increasing orders for vaccines from AstraZeneca and Novavax. The government has announced that it will start vaccinating citizens in March.

“We can’t have problems with trust,” he told reporters, “and we are now as a nation with a good portfolio of vaccines in a position to make those decisions to best protect the Australian people.”

The Australian setback highlighted the missteps that can inevitably occur when scientists cut the usual year-long process of vaccine development to a few months during a pandemic that killed more than 1.5 million people.

But just as the Australian scientists made their announcement, the fruits of this breed became clearer. The United States is one step closer to getting its first approval for a Covid-19 vaccine when a panel of experts advising the Food and Drug Administration endorsed a Pfizer vaccine that is already in use in the UK.

The problem with the Australian vaccine, developed by the University of Queensland and biotech company CSL, was related to the use of two fragments of a protein found in HIV

The protein was part of a molecular “bracket” that researchers placed on the spikes surrounding the coronavirus and allowed it to penetrate healthy cells. The bracket stabilizes the spikes and allows the immune system to respond more effectively to the vaccine.

Using the HIV protein did not pose a risk of infecting the volunteers with this virus, the researchers said. However, the clamp produced the production of antibodies that were detected by HIV testing at higher levels than scientists expected.

Because HIV tests couldn’t be quickly revised to take this into account, the researchers decided to stop developing the vaccine. The act could have created widespread fears among Australians that the vaccine might cause AIDS.

Early experiments on hamsters showed that the vaccine protected them from the coronavirus. When Phase 1 human trials began in July, the 216 volunteers were “fully informed about the possibility of a partial immune response” to the terminal, the University of Queensland and CSL said in a statement Friday.

The mistake, said John P. Moore, an immunologist at Weill Cornell Medical College in New York, was an “honest mistake” that cost money, not human life.

“I’m sure a lot of people are very embarrassed,” said Professor Moore. “It’s not great to be associated with a bug like this. But when you run at 90 mph, you sometimes trip. “

Things to know about testing

The University of Queensland vaccine was one of several vaccines under development that contain a coronavirus protein that triggers an immune system response. Protein-based vaccines have a longer track record than some of the newer approaches used by competing coronavirus vaccines, such as those based on viral genes or so-called adenoviruses.

The Australian vaccine was found to produce a strong immune response and, according to the scientists in the phase 1 study, did not cause any serious side effects. However, proceeding with the vaccine study would have required “significant changes” in longstanding HIV testing procedures, they said.

“This would delay development for another 12 months, and while this is a difficult decision, the urgent need for a vaccine must be everyone’s priority,” Paul Young, a virologist at the university who directed the vaccine effort, said in the Explanation. He did not immediately respond to a request for comment on Friday afternoon.