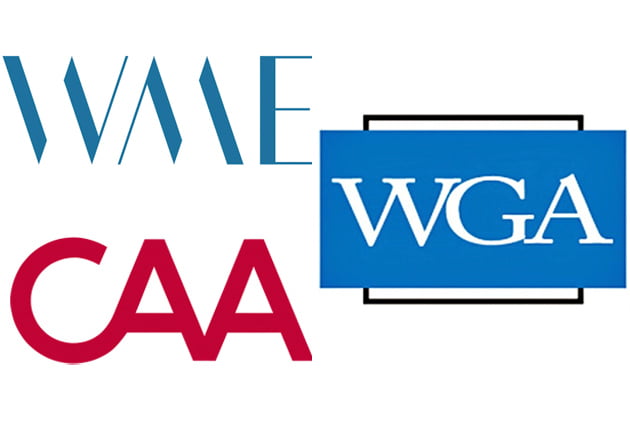 WME President Ari Greenburg told a federal judge today that many members of the WGA fear their own guild. Greenburg said so in a supplemental statement in support of the agency’s request for an injunction to halt the guild’s ongoing boycott of the WME and CAA pending trial.

“Many guild members have shared their beliefs with me and / or other WME agents that the rules of the WGA are intentionally vague, have changed over time, and could be used against them by the guilds if they partnered with WME in any way “, he said US District Judge André Birotte Jr. under penalty of perjury. “In addition, the WGA has told different WGA members different things – differences that the guilds use for their own benefit – about the application of their own rules. Members were also concerned about guild courts, the loss of their health insurance, and the blackout – severe penalties for (allegedly) violations of guild rules that were vague and constantly changing.

“Not surprisingly, because of this fear of discipline and retaliation from their guilds, many guild members have also terminated WME for non-writing services that do not fall under the minimum basic agreement. Attached as Appendix 2 is a non-exhaustive list of guild members including many of the showrunners I have represented who have terminated WME for all services. Some have signed with managers, others with competing agencies. “

The names of the authors and showrunners listed in the exhibition are marked in black and under a seal with the inscription “Very confidential – only for the eyes of outside lawyers”.

The litigation and boycott began in April 2019 when the WGA ordered its members to fire their agents who refused to sign the guild’s code of conduct, which banned packaging fees and agencies from affiliation with related manufacturing companies. Since then, every major agency except CAA and WME has signed a modified code that phased out packaging fees and reduced manufacturing companies ownership to just 20%.

“I understand that the guilds have argued that their members need to terminate WME only in connection with written work that falls under the minimum basic agreement,” Greenburg continued. “This ignores the fact that the guilds have specifically” encouraged “their members to be represented by a franchise agency for all of their work, and praised those members who” went beyond “by creating a non-guild franchise – Agents had been fired for the provision of services. “

His statement accompanies the agencies’ response in support of their motion for an injunction to end the boycott.

• For the facts, the guilds do not deny that (i) more than a thousand showrunners and writers with non-fungible relationships have fired WME, (ii) the boycott prevents WME from attracting new customers, and (iii) the boycott is WME loses agents.

• The guilds claim that WME was “free” to sign the ICM / UTA franchise agreement, but at the same time they do not deny that David Young told WME on October 16, 2020 that it had to sign an additional “side letter” subject to one unprecedented surveillance, sanctions and a de facto scrutiny of its investors.

o It is important that the criminal provisions for “surveillance” and “sanctions” were not included in the franchise agreements of UTA, ICM or any other agency.

• Guild negotiator David Young affirmed that “it was important to understand the complex structure of WME” – particularly with reference to Endeavor’s “private equity shareholders” – and that “these were new issues for the guilds “That require an external management consultant to be retained at the end of September. If understanding such investors was a “new problem” for the guilds in late September, then they must not have investigated UTAs, ICMs, or outside investors from other agencies before franchising them, which clearly evidences the guilds’ inquisition by the investors of WME (and CAA) were given “special treatment” to make it impossible for the two largest agencies to conclude franchise agreements.

• The guilds falsely claim – four times – that WME sought an inadequate, “undefined period of time” to comply with the guilds’ partner rules. The truth, however, as WME and negotiator David Young testified, is that WME was seeking a specific deadline for transitioning to comply with these rules: June 30, 2022, the same date the guilds made the transition from packaging to franchise agencies gifts.

o Critically, the guilds claim that there is an “obvious conflict of interest” in every packaging fee agreement and that packaging is systematically illegal. In contrast, the guilds have never claimed that an agency’s affiliation with a content company is illegal. However, the guild’s negotiating committee is not going to agree to the exact schedule that the agencies have set for expiration packaging for WME to meet the 20% ownership cap.

• WGA does not deny that more than a thousand showrunners and writers with non-fungible relationships have fired WME, the boycott prevents WME from attracting new customers, and the boycott results in WME losing agents. However, WGA argues that “lost contracts, customers or business are not enough to support injunctive relief without demonstrating the plaintiff is critically endangered”.

At the same time, the WGA is now petitioning its own injunction, claiming that the Court has no jurisdiction to grant the injunction requested by WME.

• A franchise talent agent confirms that the guild’s main negotiator, David Young, has admitted that the guilds are ignoring managerial conflicts “because the guilds must use the managers as leverage against the WME and CAA” – an admission the Bei Boycott is not about conflicts of interest, but about the self-proclaimed “takeover” of the trade unions.

• The guilds are boycotting WME for the benefit of their rivals by franchising other agencies that are not available to WME and agreeing to compensate managers who take clients from WME. Young has admitted that WGA is turning a blind eye to conflicts of interest from managers “because the guilds must use managers to leverage WME and CAA” in WGA’s self-proclaimed “power grab”.

• The guilds previously admitted that this is “not a labor dispute”, have never brought up their newfound NLGA defense (and thus waived) and are only seeking injunctive relief in this dispute. You can’t have it both ways.

o When the guilds threatened to claim their own boycott, they wrote in a letter to their members: “The ATA is not a trade union and actually admits that it is involved in“ contract negotiations ”. [and] not a “labor dispute” and therefore not subject to any collective bargaining process. “

• The guilds were right when they said this case is a “contract negotiation” between the guilds and the talent agencies and is “not a labor dispute”. WME does not employ writers. And the guilds have set the terms under which partners and packaging of agency content are allowed as core dispute – not arguing with studios over the terms of employment of writers. “

CAA filed a similar response today in support of its motion for an injunction.