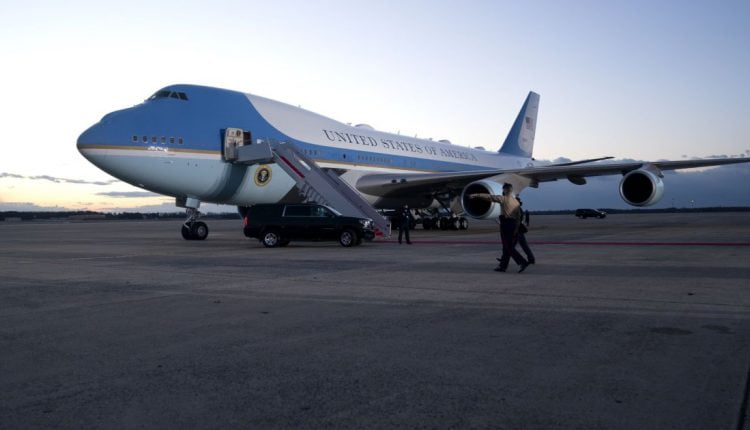 The U.S. Air Force reviews security logs after an unarmed man boarded the airline at Joint Base Andrews.

The U.S. Air Force ordered a full security review of all of its facilities on Friday after an unarmed man gained access to the airline at Joint Base Andrews, Maryland, and boarded a plane used by senior U.S. and military officials.

Air Force leaders have asked the Air Force Inspector General to investigate the violation that occurred Thursday and review security logs at bases around the world.

“Everyone takes this very seriously,” said Pentagon spokesman John Kirby, adding that the Air Force had adjusted some of their security protocols at Andrews earlier this morning. He did not reveal details of the adjustments, but President Joe Biden is expected to arrive in Andrews later Friday for a flight home to Wilmington, Delaware.

According to Joint Base Andrews, the man boarded a C-40 aircraft assigned to the 89th Airlift Wing. The C-40 is a smaller transport jet primarily used by members of the Cabinet, Congress and commanders of military combatants. These planes are generally not used for President’s travel.

The man was arrested by security forces at the base and booked and summoned by the Air Force Office for a special investigation.

A statement from grassroots officials said the man had been turned over to local law enforcement because he had two pending arrest warrants against him. The statement said he did not harm anyone and it did not appear that he had any connection with violent groups.

“The safety of our installation is of the utmost importance,” said Col. Roy Oberhaus, deputy wing commander of the 316th Wing at Joint Base Andrews. “This was a serious security breach and Joint Base Andrews is investigating the incident to see how it happened so that it doesn’t happen again.”