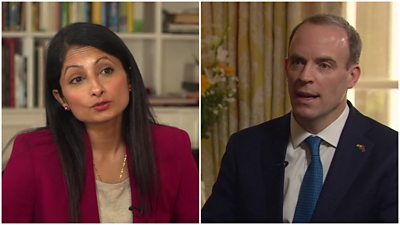 UK Foreign Secretary Dominic Raab said a post-Brexit free trade agreement with India could take many years, adding that the mutual benefits of securing a deal would be “enormous”.