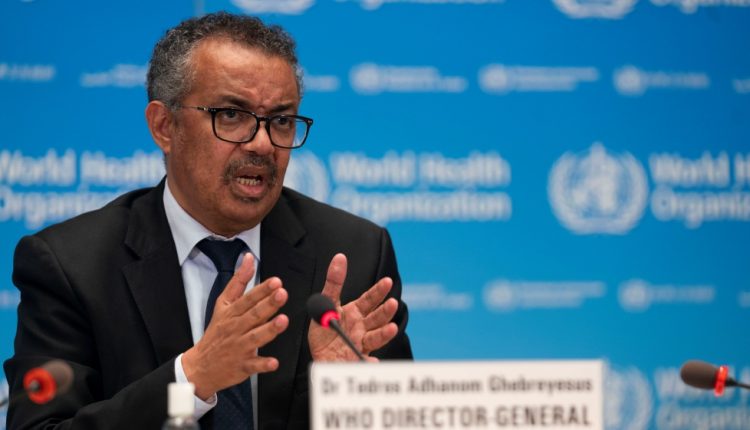 The world is facing a “catastrophic moral failure” in distributing COVID-19 vaccines, the World Health Organization (WHO) head warns as he urges countries and manufacturers to distribute doses more fairly between countries.

Tedros Adhanom Ghebreyesus said Monday that the prospects for a fair distribution were “seriously threatened”. Only the vaccine-sharing program COVAX intends to start distributing vaccinations next month. COVAX is a WHO-led initiative that aims to provide COVID-19 vaccines to poor countries.

He noted that 44 bilateral agreements were signed last year and at least 12 have been signed this year.

“This could delay the delivery of COVAX and create the very scenario for COVAX to avoid a chaotic market, an uncoordinated response and ongoing social and economic disruption,” he said.

Such a “me-first” approach has put the world’s poorest and most vulnerable at risk, he said in a virtual format at the opening of the panel’s annual board meeting.

“Ultimately, these actions will only prolong the pandemic.”

The global scramble for shots has increased as more infectious variants of the virus circulate.

Earlier this month, he appealed to drug manufacturers and richer countries to “stop doing bilateral deals,” saying they had violated a UN-sponsored effort to expand access. Tedros did not select any countries or companies.

A report released by the People’s Vaccine Alliance in early December warned that 90 percent of the population in dozen of poorer countries will miss the coronavirus vaccine.

In its report, the alliance said rich countries have hoarded enough doses to vaccinate their entire populations nearly three times, leaving 67 poor countries with only enough to vaccinate one in ten people.

Why would at the moment be the saddest day of the yr?