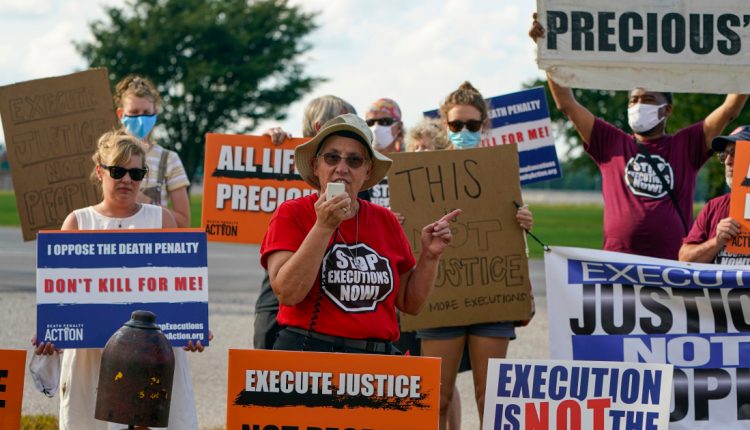 A group of former senior correction officials sent a letter to acting Attorney General Jeffery Rosen Monday asking for the three federal executions scheduled for that week to be postponed due to COVID-19 concerns.

The executions, which are due to take place in a federal prison complex in Terre Haute, Indiana, pose “an unnecessary threat” to the safety of law enforcement officers, administrators and prisoners, the letter signed by four former officers (PDF) said.

The executions are slated to continue through 2021 before President-elect Joe Biden takes office on January 20, leading to widespread criticism.

Biden said he was against the death penalty.

Protesters gather near the Federal Correctional Complex, Terre Haute, to demonstrate their opposition to the death penalty and the execution of Daniel Lewis Lee, the first federal execution in 17 years, on July 13, 2020 [File: Bryan Woolston/Reuters]The first execution in January is scheduled for January 12th. Lisa Montgomery, the only woman on federal death row, faces the death penalty – the first woman to do so since 1967.

Attorneys have challenged Montgomery’s execution for regulatory measures related to the planning of her death while the execution is in force, and state law states that executions must be carried out under Missouri law as that is where her federal trial took place.

The challenge alleges that the federal government failed to provide the notice required by Missouri law in setting the date of execution for Montgomery.

The American Civil Liberties Union (ACLU), a non-profit organization that campaigns for the protection of the rights of US citizens, published the letter and called the planned executions “superspreader events.”

“The data shows that federal executions over the past six months have resulted in preventable spikes in COVID-19 for those incarcerated at Terre Haute Prison, prison staff and the surrounding community,” said Cassandra Stubbs, director of the ACLU’s Capital Punishment Project in a press release.

The other two inmates scheduled to be executed are Corey Johnson, 52, whose death date is Jan. 14, and Dustin Higgs, 48, who will receive a fatal injection the next day.

Both men have signed COVID-19 that has devastated prisons and prisons across the United States. The pair’s lawyers questioned their executions, saying that their damaged lungs would increase their suffering. 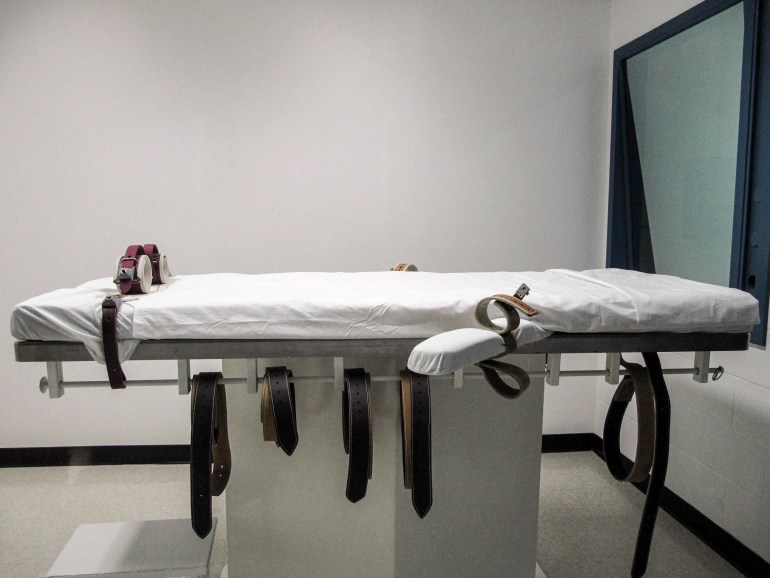 Concerns remain about the spread of COVID-19 in prisons, which can then spread to the outside world from correctional staff as the US breaks records for new cases and deaths.

The US began giving COVID-19 vaccines in December, but the introduction has come under fire because of its slow pace.

By Monday morning, nearly nine million people in the U.S. had received their first shot, representing 2.7 percent of the population, according to the Centers for Disease Control and Prevention.

Experts say that up to 85 percent of the population must be vaccinated in order to achieve “herd immunity” and defeat the outbreak.

“The community’s COVID-19 levels are already exceptionally high in Indiana and several counties are in crisis,” the letter said.

“At the same time, vaccinations started at FCC Terre Haute and other correctional agencies in Indiana. A brief postponement could literally save hundreds of lives. We ask that you prioritize the health and safety of the correctional staff and postpone these executions until vaccines have been offered to all staff. “