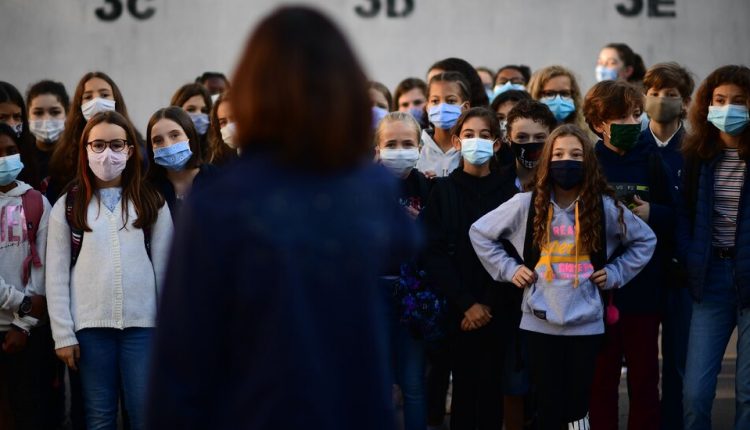 France ramps up border controls and extends a nationwide curfew.

France tightened border controls and extended a curfew across the country on Thursday to keep the coronavirus in check. However, authorities warned that if the epidemic worsened, new restrictions could be possible in the coming days.

Starting next Monday, all travelers coming to France from countries outside the European Union will be required to provide evidence of a negative virus test no older than 72 hours and commit to isolating for seven days before retesting it is unclear how this measure will be enforced. France will work with other European Union countries on a coordinated protocol for travel from member states in the coming weeks, said French Prime Minister Jean Castex.

Mr Castex praised the French for adhering to the distancing rules during the winter holidays, noting that health officials had not seen an “epidemic flare-up” related to Christmas or New Years celebrations. But he also said authorities were concerned about new variants of the virus, particularly the more contagious one that was first identified in the UK.

“We have to do everything we can to prevent it from spreading quickly,” said Castex.

The average number of daily cases in France is around 16,000, according to Castex – far fewer than at the peak of the second wave last fall, but still more than three times the government’s goal to ease restrictions. Hospital stays have stabilized on a high plateau with almost 25,000 Covid 19 patients. Almost 70,000 people have died from the virus.

Most of France already had a curfew at 8 p.m. and tightened to 6 p.m. in some areas. From Saturday and for at least 15 days, barring certain exceptions, everyone must be home by 6 p.m., Mr Castex said, and shops must close by then. The government promised to continue providing vacation programs, subsidies, loan guarantees and tax breaks for ailing businesses.

However, schools remain open with stricter health protocols, such as preventing classes from mixing in cafeterias and disrupting all indoor physical activities. In addition, France announced on Thursday that it would test up to a million school children and teachers for the virus every month.

French Health Minister Olivier Véran said the tests would “be done wherever it makes sense” and would include school children aged 6 and over.

“What we know so far is that the virus is actually more contagious in children,” Véran told reporters. Mr Véran said the government was “closely” monitoring the spread of the variant, which health officials said was reported in about 1 percent of all positive virus tests in France over two days over the past week.

France has also accelerated the introduction of vaccinations after a slow start. So far, around 318,000 people have been vaccinated. The campaign had focused on health workers and residents of nursing or retirement homes, but Mr Castex said it would accelerate on Monday as vaccines become available for people over 75 and those who are considered at risk due to serious illnesses. Around 700 vaccination centers will be opened to cope with the influx of new patients.

“The priority of the priorities to end this crisis is the use of vaccination,” said Castex. “But we have to show patience and responsibility together, because the vaccination will only protect us adequately in a few more months.”

This Samsung fridge suggests cooking recipes, plans your eating regimen and even does grocery buying