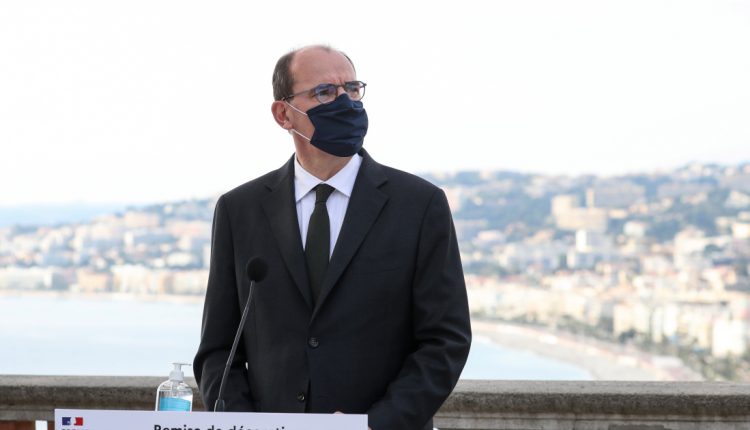 Jean Castex says the government will mobilize all its forces to fight the “enemy” at the monument to the victims of the church attack in Nice.

French Prime Minister Jean Castex said his government would continue to fight “relentlessly” against “radical Islam” as he paid tribute to the three victims of a knife attack in the southern city of Nice last month.

“We know the enemy. Not only has it been identified, but it has a name, it is a radical Islam, a political ideology that disfigures the Muslim religion, ”Castex said in a speech during a ceremony for the victims on Saturday.

“(It is) an enemy that the government fights tirelessly, providing the necessary resources every day and mobilizing all of its armed forces,” he added.

Security and immigration concerns have increased in France after three people were killed in a knife attack in a church in Nice on October 29.

The man suspected of carrying out the Nice attack – still in critical condition after being shot by police – was a 21-year-old Tunisian who arrived in Europe and in Lampedusa on September 20 , the Italian island off Tunisia. He was identified as Brahim Issaoui.

The attack came after the beheading of Samuel Paty, a school teacher in a suburb of Paris, who showed his students caricatures of the Prophet Muhammad during a discussion on freedom of speech.

French President Emmanuel Macron’s later defense for the right to draw the Prophet drew the wrath of Muslim communities around the world. Trade associations in several Muslim countries announced a boycott of French products.

In an interview with Al Jazeera, Macron denied that the cartoons were a “government project,” saying they came out of free and independent newspapers that were not affiliated with the state.

After a shooter killed four people in the Austrian capital Vienna on Monday, France has already doubled the number of border guards with its neighbors in the European Union to 4,800 and raised the terror alert to the highest level.