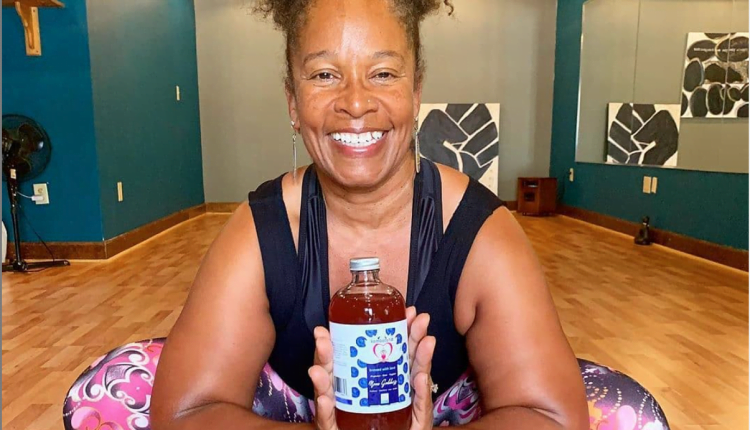 When Kemiko Lawrence discovered the powerful benefits of kombucha, she knew she had to share it with her family. However, paying $ 7.00 per bottle as a wife and mother of five wasn’t a viable option. Lawrence did the research, made it for her family, and sold it to people on her network.

Now the Georgia resident has been brewing kombucha for over a decade. She developed her own brand called Kemboocha which incorporated her name into the brand.

“I looked up the benefits of kombucha and found that it has actually been around for thousands of years,” Kemiko shared with Travel Noire. “It has only started to hit mainstream Western Hemisphere markets in the last 10-15 years.”

From technical career to wellness lawyer

Lawrence was born and raised in New York. She graduated from Bernard Baruch College with a BA in Computer and Information Science and Support Services. She then immediately began her career in a technical training program at a Fortune 500 company. Lawrence worked in all areas of IT, including full technical support and computer programming.

The young tech leader loved the parts of her job that enabled her to educate, teach and support. It was an extension of who she was. But there were days when a working mother took her toll in a stressful environment. Then Lawrence’s husband recommended that she try yoga to relieve stress. She fell in love with the feeling of calm and used it to keep calm in the midst of the chaos.

After Lawrence had her third child, she was fired from her company job. She continued her passion in health and wellness, earned her yoga certification and became an instructor. Then she created Harmony Wellness Angels and added Kemboocha to her brand.

Kombucha has been around for a long time. But it may not be as popular in certain parts of the country unless you are in the health and wellness community. It is a fermented tea with a slightly sweet and sour taste. It’s a strong drink that can kill bacteria and potentially reduce the risk of chronic diseases.

Lawrence discovered Kombucha while shopping in Nashville. After reading the labels, her curiosity led her to buy her first bottle. She learned how to make the live probiotic for her family. Soon she received inquiries from others and started selling bottles online.

“Teaching yoga and creating Kemboocha ™ are my gifts of service,” Lawrence shared in a post on Instagram.