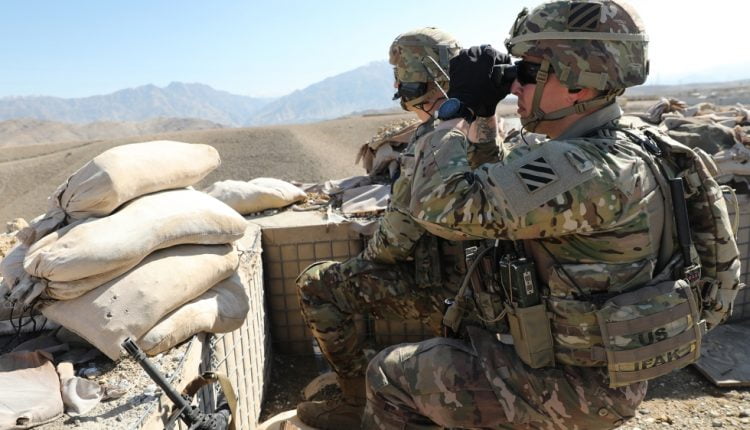 The US government says “all options remain on the table” for the remaining 2,500 soldiers, adding that it has not made a decision on their May 1st commitment.

The United States says it did not make a decision about its military engagement in Afghanistan beyond May 1 to withdraw the remaining 2,500 troops from the country.

The letter, approved by senior Afghan officials, was sent to Peace Council chairmen Ghani and Abdullah Abdullah and discussed by Afghan leaders from US peace ambassador Zalmay Khalilzad during his visit to Kabul last week.

“The letter was delivered to President Ghani and myself two days before Khalilzad’s visit,” Abdullah told a meeting in Kabul on Monday.

“All options remain on the table”

A US State Department spokeswoman said on Sunday that Washington “made no decisions about our stance in Afghanistan after May 1.”

“All options remain on the table,” she said.

According to the letter published by TOLOnews, Blinken said the US is pursuing high-level diplomatic efforts “to move the matter more fundamentally and more rapidly towards an agreement and a permanent and comprehensive ceasefire,” and that the US military is considering leaving Afghanistan by May 1 May leave.

In the event of a US military withdrawal, Blinken said he was concerned “the security situation will deteriorate and the Taliban may make rapid territorial gains” and hoped Ghani would “understand the urgency of my tone.”

The letter also said the US would call on the UN to convene a meeting of foreign ministers and envoys from Russia, China, Pakistan, Iran, India and the US “to discuss a unified approach to support peace in Afghanistan” , and call on Turkey to host a high-level meeting “on both sides in the coming weeks to conclude a peace agreement”.

In order to “prevent a spring offensive by the Taliban,” the letter also proposed a 90-day reduction in violence.

On Saturday, Ghani said his government was ready to discuss holding new elections to advance peace talks and insisted that any new government should come about through a democratic process.

On Saturday, Taliban spokesman Naeem Wardak confirmed a meeting between the armed group Khalilzad and General Scott Miller, chief of the US armed forces, and the NATO-led Resolute Support mission without combat.

“Both sides have expressed their commitment to the Doha Agreement and discussed its full implementation. The current situation in Afghanistan and the speed and effectiveness of the intra-Afghan negotiations were also discussed, ”said Wardak.

Violence and targeted killings have increased since the Afghan government began US-backed negotiations with the Taliban last September, but talks have largely stalled.