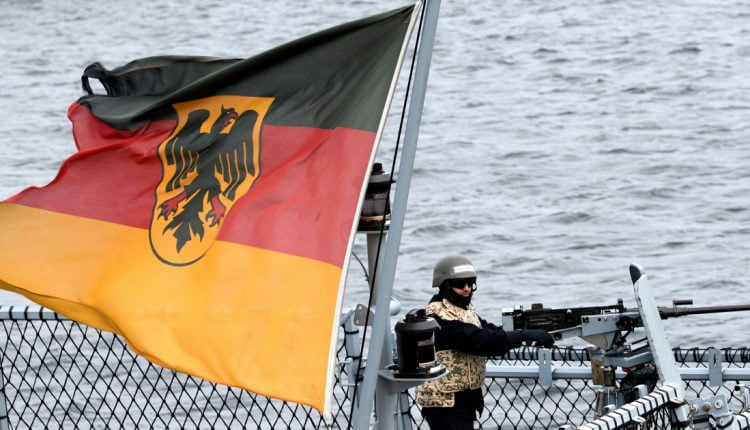 A German frigate will sail to Asia in August and on its return voyage will be the first German warship to cross the South China Sea since 2002, high-ranking government officials said on Wednesday.

The ship will not pass within what is called the “12 nautical mile,” Foreign and Defense Ministry officials added, regarding disputed areas of the sea that China claims almost entirely.

The UK is also sending its navy to the region, announcing on Saturday that HMS Queen Elizabeth will make its maiden voyage in May this year and is expected to reach the Northern Hemisphere East Asia in late summer.

China has set up military outposts on man-made islands over the South China Sea, which is what Vietnam, Malaysia, Brunei, Taiwan and the Philippines have alleged, who have taken China to international courts on its claims.

In 2016 the arbitration tribunal in The Hague ruled that there was no legal basis for China’s lawsuit. China refused to participate in the case and later dismissed the verdict as “null and void”.

The US regularly conducts “freedom of navigation” operations in which its ships pass near some islands and claim free access to international waterways.

Washington accuses Beijing of militarizing the South China Sea and trying to intimidate its Asian neighbors.

The US welcomed Germany’s decision to use its ship in the region.

“The United States has a national interest in maintaining peace and stability, respecting international law, lawful unhindered trade, freedom of navigation and other lawful uses of the sea,” said a State Department spokeswoman.

“We welcome Germany’s support for a rules-based international order in the Indo-Pacific. The international community is instrumental in maintaining an open maritime order. “

A foreign ministry spokesman in China said countries have the freedom to navigate and fly over the waterways under international law, but added: “They cannot use it as an excuse to undermine the sovereignty and security of coastal countries.”

The US, a NATO ally of Germany, regularly conducts “Freedom of Navigation” in which its ships pass near some of these islands and claim free access to international waterways [File: US Navy Handout via Reuters]China itself has also stepped up its activities in the region.

On Wednesday, the state-run newspaper Global Times reported that the Chinese Navy had conducted a series of “combat scenario” exercises, including the amphibious landing in unknown waters “off the mainland”.

In January Beijing passed a law that for the first time specifically allowed its coast guard to fire on foreign ships.

The Coast Guard Act empowers it to “take all necessary measures, including the use of weapons, when the national sovereignty, sovereignty and jurisdiction of foreign organizations or individuals at sea are unlawfully violated”.

Amid concerns among countries around the sea, China said the law was a “normal domestic” measure that was not targeted to any particular country.

The wording of the law, Beijing said, “does not suggest a change in China’s maritime policy”.

China’s Coast Guard is the most powerful force of its kind in the region and is already operating near uninhabited islands in the East China Sea controlled by Japan but claimed by Beijing, as well as in the South China Sea.

In response, France announced in February that a nuclear-powered submarine and warship were patrolling the South China Sea to underscore the freedom of navigation.

In January last year, a Canadian warship also sailed across the Taiwan Strait near the South China Sea to participate in exercises with Australian, Japanese and US Marines nearby.