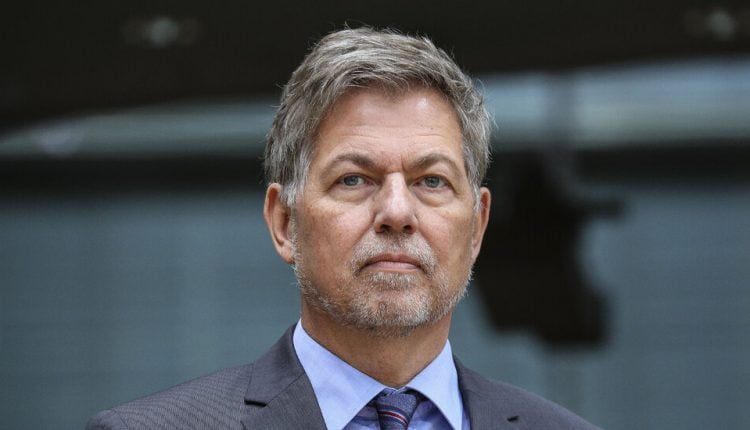 BERLIN – After a series of scandals involving right-wing extremists in the German military, the government on Thursday dismissed the head of its military counterintelligence service, who was tasked with monitoring extremism within the armed forces.

Christof Gramm, who has headed the agency since 2015, will retire early next month, according to a statement from the Defense Ministry. A successor has yet to be named.

It is the latest sign that after years of neglect, political leaders are facing a problem that has become too dangerous to ignore.

During the five years that Mr. Gramm headed the service, the number of right-wing extremist cases within the military, some of whom are hoarding weapons and explosives, has increased at an alarming rate.

Thursday’s announcement came three months after Defense Minister Annegret Kramp-Karrenbauer disbanded one of four combat companies of the German elite special forces, the KSK, because it was viewed as being riddled with extremists.

The investigators had discovered a treasure trove of Nazi memorabilia and an extensive arsenal of stolen ammunition and explosives on the property of a sergeant major who had served in the KSK since 2001. Several soldiers in his company had flashed Hitler greetings and sang Nazi rock at a party. according to a testimony.

In total, the military counterintelligence service, known by the acronym MAD, examines more than 600 soldiers for right-wing extremism. Around 48,000 rounds of ammunition and 62 kilograms of explosives have disappeared from the KSK.

Officials familiar with his departure said Mr. Gramm’s personal integrity cannot be questioned. But on his watch – and despite a series of internal reforms – the military counterintelligence service failed in its mission to monitor and expose extremism.

Concerns about the far-right infiltration even turned to the agency itself: a senior investigator in its extremism department was suspended in June after exchanging confidential material from an investigation into a KSK soldier with a contact within the KSK.

“The work of the MAD was not satisfactory,” said Ms. Kramp-Karrenbauer in July after the latest KSK scandal. “It’s still not enough.”

Thursday’s statement confirmed that Mr Gramm had made some changes that “significantly improved” the way the service worked. However, there was a need for “additional effort and momentum,” which should be reflected in a change in personnel, the Defense Department said in a statement.

The aim is now to link the agency’s work more closely with the much larger domestic secret service, whose leader has identified right-wing extremism and terrorism as “the greatest threat to German democracy today”.

In the past 16 months, extreme right-wing terrorists have murdered a politician, attacked a synagogue and shot and killed nine immigrants and German descendants of immigrants.

Louisville Church Opens Doorways as Sanctuary for Rioters, Black Militants Threaten to Beat Up White Individuals and Press If They Do not Depart (VIDEOS)