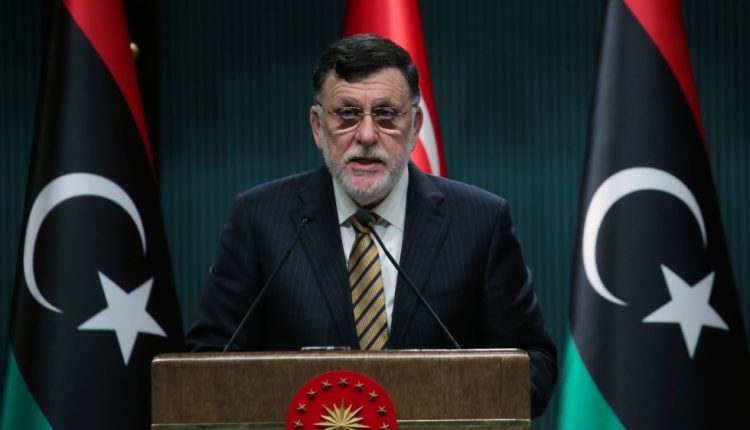 The head of the United Nations-brokered government says rival forces in the east have shown no desire to cooperate in efforts to hold elections.

The head of the internationally recognized Libyan government has urged rival forces to lay down their arms and warned that they could run the risk of jeopardizing a fragile ceasefire in the war-torn country.

In a video address to the United Nations Annual General Assembly on Thursday, Prime Minister Fayez al-Sarraj welcomed the political leaders’ pledges in eastern Libya to stop the violence and resume oil production.

“However, we have not yet seen any cooperation between armed groups and aggressive militias,” he said. “In fact, we have only seen hostile expressions from their spokesmen and violations from their armed forces,” added al-Sarraj, who heads the government of the National Convention (GNA).

“Therefore we would hold them responsible for all military confrontations and the resulting losses and destruction.”

Al-Sarraj conveyed his recorded remarks to the first virtual general assembly of the world body from Tripoli, the seat of the GNA.

Al-Sarraj has headed the GNA since it was founded in late 2015 on the basis of a political agreement brokered by the United Nations to unify and stabilize Libya after the turmoil following the overthrow of long-time leader Muammar Gaddafi in 2011.

Turkish military support for the GNA in June enabled it to fend off a 14-month offensive by forces loyal to the breakaway military commander Khalifa Haftar from the East, who is backed by the United Arab Emirates, Egypt and Russia.

Al-Sarraj slammed Haftar’s attempt to take over the capital, calling it a “tyrannical attack” that ran the risk of returning the country to dictatorship.

Nevertheless, he welcomed the political dialogue with all political groups and regions in Libya, with the exception of those who have “shed Libyan blood”.

The GNA and a parliament in the eastern city of Tobruk, which were loosely allied with Haftar last month, agreed on a ceasefire and elections by March next year.

Following recent talks between the two sides in Morocco, al-Sarraj said he was ready to step down if a new government meets.

On Thursday, al-Sarraj asked the United Nations to help organize the upcoming vote.

“The Libyans have waited too long for these elections, which will end the legitimacy crisis,” he said.