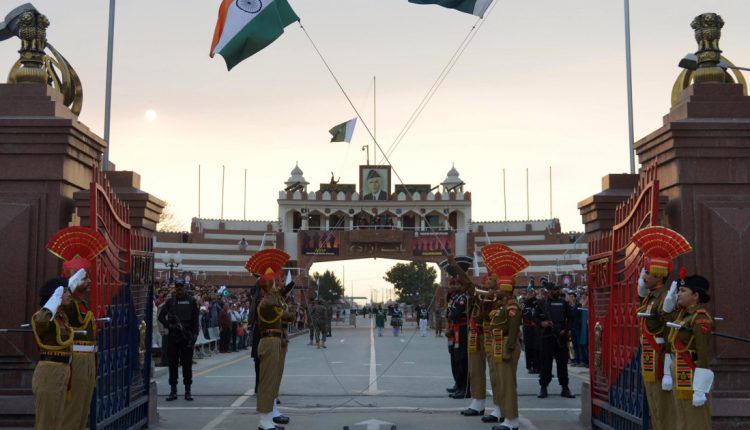 Has a ‘fifth technology battle’ began between India and Pakistan? | Cybersecurity Information

Earlier this month, the Brussels-based organization EU DisinfoLab published an investigative report entitled Indian Chronicles, which uncovered an amazing network of misinformation and propaganda against Pakistan.

The report revealed an operation that took place over 15 years in 116 countries and involved more than 500 fake media and a dozen fake NGOs. This network endeavored to promote a pro-Indian and anti-Pakistani narrative in the European Union and the United Nations.

In addition, the report involved Asian News International (ANI), an Indian news agency, in the coverage and distribution of fake news produced by the network. Although care was taken in the report not to tie the network to the Indian state, there is little doubt that such a large company could and would exist only with the knowledge of the government.

The revelations prompted Pakistani nationalists and supporters of the security company to cheerfully remind opponents, “We told you.” If only critics had not sunk into blissful ignorance and only recognized the extent of the security threats to the beleaguered Pakistani state, they would fire the army and secret services.

These claims repeatedly used a rhetorical stick – that of the “Fifth Generation War”. The basic idea behind this term is that wars in modern times are not waged by armies or guerrillas, but in the minds of the citizens.

Perceptions, information, propaganda, and “false news” are tools in this supposedly modern form of warfare. Following the EU’s DisinfoLab report, it has been argued that Pakistan is facing a new type of holistic war that encompasses everything from bombs to bots.

This lack of scientific attention to the fifth generation war is likely due to its limited validity. The term recalls another oft-repeated refrain, that of “hybrid war” that became popular in the transatlantic security community to describe Russian foreign policy and alleged acts of sabotage committed by its intelligentsia.

As with “Fifth Generation War”, critics say that “hybrid war” was in many ways a meaningless term that connects different elements of war with the practice of diplomacy.

Every war is politics, but not every politics is war

In truth, terms like “fifth generation war” and “hybrid war” are often used to give the ultimately vapid analysis a veneer of strategic gravitas. Contrary to such breathless arguments, the practice of amplifying rifts was well established in the societies of opponents by the early 20th century. Indeed, such tools have become a standardized element of counter-espionage tactics since the end of World War II.

For example, during the Cold War, the Soviet Union and the United States sponsored propaganda and misinformation against each other. The US eagerly expanded the scope of its propaganda and psychological operations under President Dwight Eisenhower and built an impressive infrastructure of institutions such as Voice of America and Radio Free Europe dedicated to this task.

For its part, the USSR liked to focus on racism in the US. Propaganda posters often juxtaposed symbols of American democracy such as the Statue of Liberty with symbols of slavery, racism, and domestic terrorism such as the Ku Klux Klan or the police.

This is not just about denying the nomenclature of the “fifth generation war”. Rather, by viewing disinformation and perceptions management as instruments of war rather than “normal” politics and diplomacy, they risk exaggerating the severity of the threats to which they are exposed. Although every war is politics, as the Prussian military theorist Carl von Clausewitz has known, not every politics is war.

The main difference between the hardware of the real war and the tools of the so-called wars of the fifth generation, the hybrids or the gray areas is mainly that the former are weapons, but the latter must be armed – and that too with the tolerance and cooperation of the Target.

If India acquires jets, missiles or frigates, Pakistan has no choice but to grimly prepare for their deployment. Pakistan has an obligation to deter or neutralize such instruments as they can kill people regardless of their social or political context. As such, it is best to steel yourself.

In contrast, the use of tools such as misinformation in India is not in and of itself dangerous. Rather, it requires the participation of Pakistan. Foreign actors around the world stir up and nudge the internal weaknesses of the opponents, but they will only find fertile ground if the government, intentionally or unintentionally, has created a vacuum into which armed opposition and foreign interference can intervene.

In Pakistan’s case, it is an indisputable fact that innocent Baluchi are arbitrarily detained, tortured and murdered by Pakistani security forces. This is not an Indian invention.

When it comes to security threats, it’s important to separate the wheat from the chaff. Just because the misinformation threat isn’t a “war” doesn’t mean Islamabad has no bone with India.

India’s aggressive foreign policy under the Hindu nationalist government of Prime Minister Narendra Modi has become destabilized. Aside from its assertive nationalism exhibited in Kashmir, New Delhi’s support for separatism and terrorism in Baloch has only helped escalate tensions in South Asia, already the world’s most geopolitically troubled region.

Understandably, given its narrow scope, the EU DisinfoLab report did not go so far as to discuss India’s geopolitical behavior in more general terms. However, to highlight how closely India’s news media are linked to its government, particularly on external relations, the report is useful to Pakistani diplomacy.

The symbiosis between the Indian government and its media is not new. Eighteen months ago, India and Pakistan were in the midst of a dangerous crisis that risked nuclear war. During these nervous and tense times, according to a study by the Polis Project, the Indian media “largely attributed itself to the role of booster of government propaganda” by re-exposing unsubstantiated claims and pouring jingoistic fuel on a raging nationalist fire.

Similarly, the EU DisinfoLab report has provided evidence that India’s mainstream “private” media is in many ways an arm of the Indian state. In this way, it has strengthened Pakistan’s position on the deterioration of India’s national political institutions. India’s reputation as a democracy, so crucial to its soft power, has already been hit under Modi. This report doesn’t help.

Of course, the West has good relations with India, not because of its democratic status, but because of its potential to balance China and fuel economic growth. It would be unreasonable to expect this report to fundamentally change this development.

But at least Islamabad has been granted ammunition for a diplomatic argument it has made repeatedly since Imran Khan’s rise to power: This is not your grandfather’s India. It’s dangerous and demagogic. Wake up before it’s too late.

The safest result of the report

Regardless of its impact on Indo-Pakistani dynamics, EU DisinfoLab should be commended for meticulously exposing such an extensive disinformation network. Unfortunately, the surest consequence of the publication of this report will be harmful.

This is not the authors’ fault; They are very cautious about expressing reservations that urge decision-makers to hear what the Baloch and Pashtun organizations have to say, even as such voices are reinforced by New Delhi. The report explicitly states: “Our investigation is in no way a judgment on the human rights situation in Pakistan, nor should it serve to undermine the credibility of minority movements in Pakistan.”

Unfortunately, this report is used in the same way in the Pakistani discourse. Pakistan’s current “hybrid regime” – full-blown military rule wrapped in the thinnest civilian facade – has severely restricted the space for journalists, political parties, dissidents, Baloch nationalists, Pashtun right-wing leaders and others. Appealing to national security and shameful overseas drafts is the oldest trick in the establishment’s book when it comes to suppressing dissent and getting the opposition out of the way.

The EU DisinfoLab has given Pakistan’s National Security Institute an ace in the hole. It is a card that will enjoy playing against both India and domestic challengers.

Alicia Keys Amazes Individuals By Portray With Her Piano (Video)