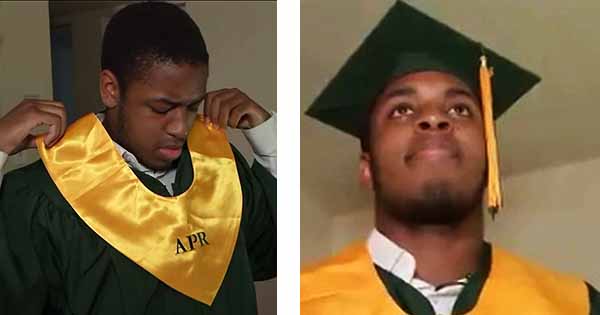 Martin Folsom, an 18-year-old high school graduate from Florida, is graduating as a valedictorian in his class despite the challenges of being homeless over the years.

“It was a rocky road, many hardships. But I see myself close to graduation now, close to college – it feels good to know that everything I’ve done was worth it, “Folsom said in a video with the Duval County Public Schools graduates for 2020.

Folsom, who graduated from the A. Philip Randolph Career Academies in Jacksonville, says he wants a better future for him and his family, and it inspired him to try harder as a valedictorian.

In addition to being academically outstanding, Folsom was president of the class from his first year through his senior year. His classmates turn to him when they need help and trust his advice.

Folsom is very grateful for his mother, who was with him during the difficulties he faced in shelters. He said he would not have made it to the top of his class without his mother and the other people around him who helped him.

Due to the current coronavirus pandemic, the degrees for the 2020 class have been canceled. But Folsom didn’t let that stop him.

“Take advantage of every opportunity you have because you never know where it will take you,” he said during an interview with CBS 47.

In addition, Folsom plans to attend Valdosta State University in Georgia to study accounting and finance. He is apparently the first in her family to enter college.

This article was originally published by BlackNews.com.

Eta Strikes Over Caribbean, Leaving Devastation in Its Wake