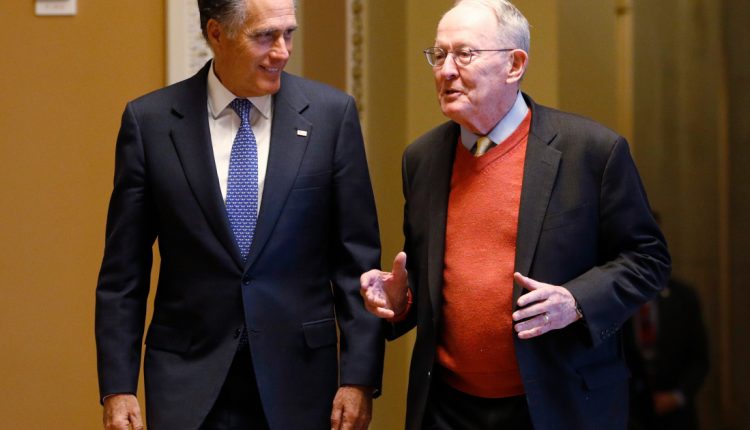 How Republicans are reacting to Biden’s projected victory | US & Canada

As President-elect Joe Biden celebrates his planned victory and President Donald Trump promises to sue the result of the vote count in various states, some Republicans break with Trump and congratulate Biden.

Former Florida Governor Jeb Bush, who lost to Trump in the 2016 Republican presidential primaries, told Biden he would “pray for you and your success.”

Congratulations to President-elect Biden. I have prayed for our president for most of my adult life. I will pray for you and your success. Now is the time to heal deep wounds. Many count on you to lead the way.

Ann and I warmly congratulate President-elect Joe Biden and Vice-President-elect Kamala Harris. We know both of them as people of goodwill and admirable character. We pray that God will bless them in the days and years to come.

Tennessee Republican Senator Lamar Alexander said, “It is important to respect the result and accept it immediately. The proper transfer or confirmation of immense power after a presidential election is the most enduring symbol of our democracy. “

After each valid vote has been counted and the courts have been given the opportunity to resolve disputes, it is important to respect the outcome and accept it immediately. The proper transfer or confirmation of immense power after a presidential election is the most enduring symbol of our democracy.

This has been a long and divisive campaign, but now it is important for all of us to focus on the very real and immediate challenges this nation is facing.

Congratulations to President-elect Biden. Everyone should want our president to succeed because we need our country to be successful. As a country, we face major challenges. Now more than ever we need to come together as Americans.

However, some Republicans are sticking to Trump, saying the elections are not over just because US media projected a Biden victory.

Historically, once a winner is projected, the losing candidate eventually concedes to mark the symbolic beginning of a peaceful transfer of power.

Trump broke with tradition and said after the race that “the simple fact is that this election is far from over”.

“Joe Biden has not been certified as a state winner, let alone one of the highly competitive states headed for mandatory recounts or states where our campaign has valid and legitimate legal challenges that could determine the ultimate winner,” Trump said in an explanation.

Missouri Republican Senator Josh Hawley echoed Trump, saying, “The media cannot tell who the president is. People do it. When all legitimate votes have been counted, recounts stopped, and allegations of fraud addressed, we will know who the winner is. “

The media cannot tell who the president is. People do it. When all legitimate votes have been counted, recounts stopped, and allegations of fraud addressed, we will know who the winner is

Texas Representative Jodey Arrington said it was “unwise to accept a result before the recounts are final and it has been reviewed by the courts and found fair and accurate”.

(1/3) As much as the country wants to move on from this election, it would be unwise to accept a result before the recounts are final. It has been reviewed by the courts and found to be fair and accurate.

It’s worth noting that Trump’s 2016 victory over Democrat Hillary Clinton was celebrated by Republicans shortly after his planned victory on election night.

This despite the fact that the number of votes remained tight in several key states when Trump was expected to win that election – and some of those razor-thin results eventually led to recounts and litigation.

Arrington was one of the people who congratulated Trump that evening in November 2016, just minutes after he was predicted to be the winner:

Congratulations to @realDonaldTrump our next President!

I look forward to working with him to get WE THE PEOPLE powered up again!