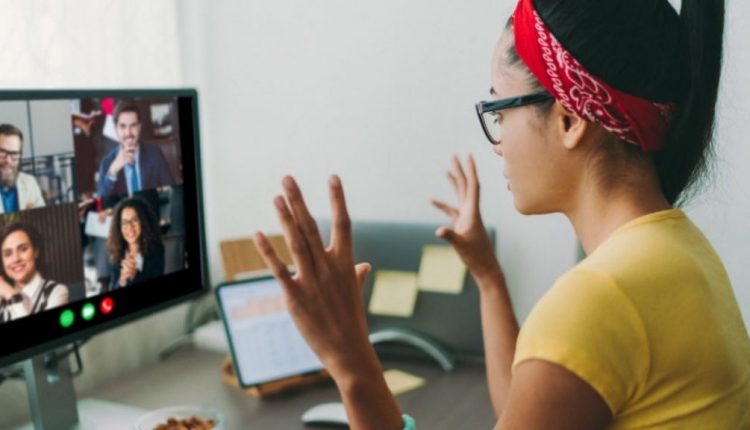 Inc.com columnist Alison Green answers questions about workplace and management issues – from dealing with a micromanaging boss to talking to someone on your team about body odor.

Here is a summary of the answers to five questions from readers.

1. How to deal with meetings that never end on time

Something that was always a bit frustrating about my office but got worse and worse: 90 percent of our meetings go over the scheduled time, sometimes significantly (30 minutes or more). If I actually have another meeting or there aren’t any superiors there, I apologize at the specified end time, but often it’s the people who make the meeting long. There is no one to blame, but there are several that contribute in several ways: key actors appearing 5-10 minutes late for meetings, meeting leaders lack a clear agenda, someone derailing the meeting to talk about a full other topic “As long as we’re all in the room,” people plan agendas that are too long to get through with people there (we have some lengthy opinion leaders), or the meeting has a vague agenda like “group brainstorming.” “

What can someone who is not at the top or leading the meetings do about this increasingly time consuming work culture?

If you are very young, probably nothing. That is the meeting culture of your office.

But if you are not younger and stand a bit, you can safely speak up. You could try speaking to the moderators, who are the most common offenders, and say something like, “I’ve noticed these meetings are regular over the allotted time. Believe we can try something different so we can start on time and.” I think it’s bleeding into things that I planned right after. “

But older people arriving 5-10 minutes late are often spot on – their schedules are often full and they can rightly appreciate that finishing what they do at the start of the meeting is rightly a higher priority than being on time, as frustrating as it can be for the people waiting.

2. My colleague keeps telling me that he is praying for me

Your workplace has a legal obligation to stop this guy from harassing you for religion if you report it. So do two things – first, if you haven’t already, tell him clearly to stop. As in “Bob, I don’t want to discuss religion with you. Please don’t bring it up with me.” If this continues after that, tell your manager (or HR) immediately and use the words, “Bob has been bothering me about my religious beliefs and has continued after I told him to stop. Can you please make sure I ‘I am not subjected to any further religious harassment? “

I’ve been working in my company for three years now. After two years, I took on another position in the company outside of my department. It had nothing to do with my boss (whom I loved!) But with the limited nature of the job. My new position turned out to be terribly appropriate, and within a year I found another new position at the same company. In my interview, I was warned that the position who would be directly overseeing me was vacant and they would be hiring as soon as possible. On my first day they shared the news that they had hired my boss from my first position to the vacant position!

I had a very good professional relationship with my former boss when I was working for her, but when I left we made friends on Facebook and have been exchanging informal texts on a regular basis since I left. We both loosened our professional filters as neither of us thought we would ever work together again. Now that it is us, I would love to sit down and discuss whether we can make each other better and how we can get back to the professional relationship we had before, but I’m worried that it will sound hideous of me, and maybe it is something that should come from her? Should I give her the opportunity to bring it up first, or should I just let it go and see if our relationship goes back to normal without a potentially awkward conversation?

I would wait and see what happens. If you’ve had a professional relationship than when you’ve worked together before, it’s pretty likely that she understands professional boundaries and that the two of you can make a natural pull back and it will work on its own. You could say, “Hey, now that we’re working together, I’ll split up on Facebook just to get back to a boss-employee relationship.” But I don’t know you even have to do that right now. I would like to see how it goes. (However, if it doesn’t start its own business it will be more cumbersome if you have to bring it up in a couple of weeks. So there’s the argument to say it now.)

4. Does your LinkedIn profile update look like you are looking for a job?

Recently, an employee was about to leave the company for various reasons. He had explained to the owner that he wanted to take some time to figure things out before finding a new job, but the owner noticed he was adding connections on LinkedIn and interpreted this as meaning that this employee was actively following Have to look for work.

When you update your LinkedIn, is there a general impression that you are actively or even passively looking for a new job? The owner added me as a connection and I recently received a promotion and wanted to change my job title and responsibilities but don’t want them to think that this means I’m looking for something new. Should I just hold back on updating as I really don’t want to leave anytime soon? I wonder if his interpretation was specific to the employee’s situation or if he will also come to conclusions with my updates.

It is true that when your LinkedIn profile suddenly has a lot going on when there was very little before, some managers wonder if you are looking for a job. Most of the time, it’s a stupid assumption because people use LinkedIn for all sorts of things beyond looking for a job – networking with contacts for their current position, looking up old coworkers, etc.

However, updating your profile after a promotion is a perfectly normal thing so I wouldn’t worry about that. There’s also a way to turn off notifications that go off when you’ve updated your profile. This is the only way someone would notice if they are actively monitoring your profile.

However, if you are concerned you can tell the owner, “BTW, in case you find I updated my LinkedIn, it is because of the action. I didn’t mean for you to misinterpret!” It might be wise to add, “Although I only play around with it from time to time for fun – please never read about changes there.”

5. The interviewer got angry that I called so often while she was sick

I had an interview last Thursday that went well. I was told I would hear from the manager on Monday. I called her around 5:30 pm on Monday to inquire and thank her and was told she had another interview scheduled for Tuesday and I would hear about her Tuesday. Tuesday night came over and no call. I called the office at 6:30 pm and was told that she had left for that day. I called twice on Wednesday, was informed she wasn’t there and left another message. I called back around noon Thursday and was told she was coming in, but the receptionist wasn’t sure when. I waited until 5:40 pm and called back to show that I was very interested. Then I was finally told that she had been sick for the past few days.

The manager called me from home and left a voicemail saying, “My receptionist told you four times today that I was sick. I don’t know how many times you need to be told this. At this point, I’m not in the situation.” to offer you a job with us. “My problem is that until the last time I called, I was never told she was sick. How can I go about this to let her know that she was misinformed and I wasn’t told she was sick? Me.” would not have called further to inquire if I had known.

Well, the thing is, even if she wasn’t sick, that was way too much contact. You called them on Monday when you didn’t hear anything that day – well, a little aggressive as they were barely behind the timeline they gave you that point, but OK. But then you kept calling. It’s okay to call once and leave a message. And if after a few days you stop hearing – not one day but several – you can try one last time. But that’s really the maximum amount you can do without looking overly pushy.

There are many reasons someone is taking longer than planned to get in touch with you – they may be sick, or have a family or work emergency, or just higher priorities. If you keep calling, it doesn’t mean you’re very interested. They say, “I think what I want from you is more important than anything else you’re dealing with right now.”

You can definitely email (don’t call again) the manager saying, “I’m so sorry – I didn’t know you were sick or I wouldn’t always have tried to contact you . I really apologize. And hope you feel better now. “But it’s just about leaving this in a better place. It is unlikely that your decision will change. I’m so sorry.