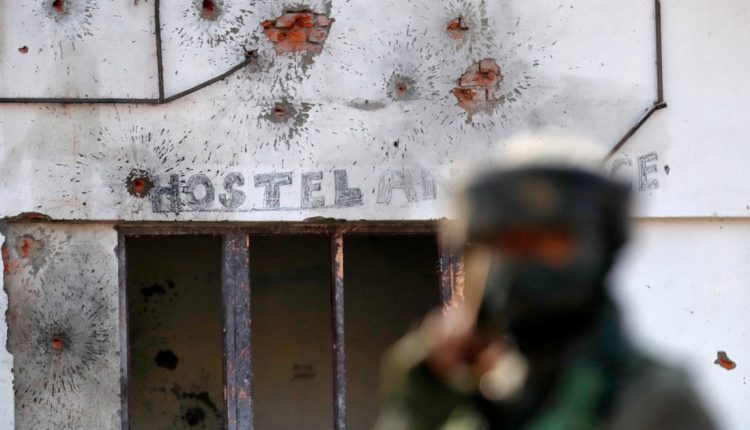 India claims the dead were armed fighters, but families say they are innocent civilians.

Indian security forces said they killed three fighters in Kashmir’s capital, Srinagar, after a gun battle on Wednesday, but the families of the dead said they were innocent civilians.

India has been suppressing unrest in the disputed Himalayan region for decades and, according to official figures, killed more than 200 people this year.

However, it is rare for families to immediately deny the victims’ loyalty to armed groups.

Police in Kashmir this month brought charges against an army officer and a civilian for allegedly killing three workers and planting weapons to pose as armed fighters.

“Parents may not know the activities of their wards,” said Vijay Kumar, the Kashmir Valley’s chief police officer, of the men killed on Wednesday. They were supporters of armed groups and they were probably planning an attack.

A rifle and two pistols were recovered from the site of the firefights, he said.

A spokesman for the Indian Army declined to comment and referred the matter to the police.

Bashir Ahmad Ganai, grandfather of 25-year-old Aijaz Ahmad Ganai, who was killed in the protracted gun battle in Srinagar, told reporters his grandson was not a fighter.

“He was a student. Why did they kill him? “he said at a protest by family members outside a police office.

Athar Ahmad, 27, who was also shot dead, was studying at Kashmir University and left home on Tuesday to fill out an academic form, his sister Rifat Wani said.

Rebel groups have been fighting Indian soldiers since 1989, demanding independence or a merger of the territory with Pakistan.

The fighting killed tens of thousands of people – mostly civilians.