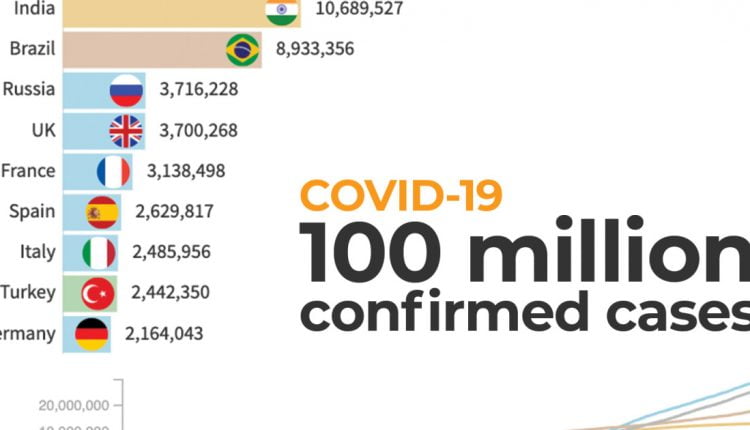 An animation of the spread of the pandemic around the world as global COVID-19 infections hit 100 million.

There are currently more than 100 million people infected with COVID-19 worldwide, according to data from Johns Hopkins University.

While 55 million people have recovered, the highly contagious disease has also claimed the lives of more than two million people.

The United States, India, and Brazil have become the countries with the highest numbers of confirmed cases and deaths.

Confirmed cases are the number of people who tested positive. If countries with few confirmed cases do not adequately test or report their data, they may have many more undiagnosed cases.

The animated graphic below shows how the virus spread around the world.

The animated graphic below shows how the world has passed two million COVID-19 deaths.