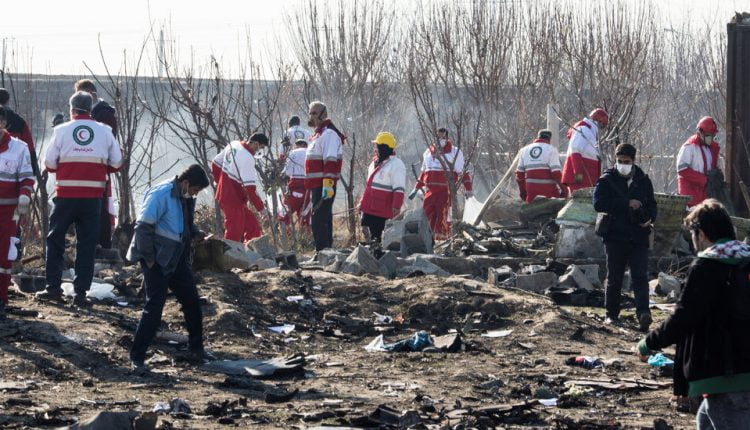 The Iranian cabinet on Wednesday allocated $ 150,000 to the families of the 176 people killed when Iranian forces shot down a Ukrainian airliner in January, the official IRNA news agency reported.

Describing Iran’s handling of the situation, Ukraine said that the level of compensation should be negotiated in accordance with international practice and that Iran must investigate the causes of the tragedy and bring those responsible to justice.

A statement from the Iranian government said: “Cabinet approved the allocation of US $ 150,000 or the equivalent in euros as soon as possible to the families and survivors of each victim of the Ukrainian plan’s crash,” IRNA reported.

The Iranian Revolutionary Guards said they accidentally shot down the Ukraine International Airlines plane shortly after it took off from Tehran on Jan. 8, mistaking it for a missile, when tensions with the United States were high.

“The Ukrainian side expects Iran to provide a draft technical report on the circumstances of the plane down,” said Oleh Nikolenko, a spokesman for the Ukrainian Foreign Ministry. He added that Iran has not yet implemented previous agreements but did not provide details.

“This situation is particularly unacceptable as we are talking about the fate of innocent people,” he said.

Iran’s Minister of Roads and Urban Development, Mohammad Eslami, told state television on Wednesday that the final report on the crash had been broadcast to the countries involved in the investigation.

Under United Nations rules, Iran retains overall control of the investigation, with the United States being the country where the aircraft, a Boeing 737-800, was built. from Ukraine, where it operated; and from Canada, where many of the victims lived.

The international regulations for aircraft accident investigations known as Appendix 13 contain the recommendation that a final report be published within 12 months. That period expires next week, although many high-level investigations take longer.

A spokeswoman for the Transportation Safety Board of Canada said via email that the agency had been informed that a “draft investigation report would be distributed” this week, although she would not have access to it. The TSB will not receive a copy of the final report until it is published, she said.

Habib Haghjoo, an Iran-born Canadian who lost his daughter and granddaughter in the crash, said he did not trust the news from Tehran, stressing that his priority was the report.

Do not Underestimate the Energy of Public Relations Amid COVID-19