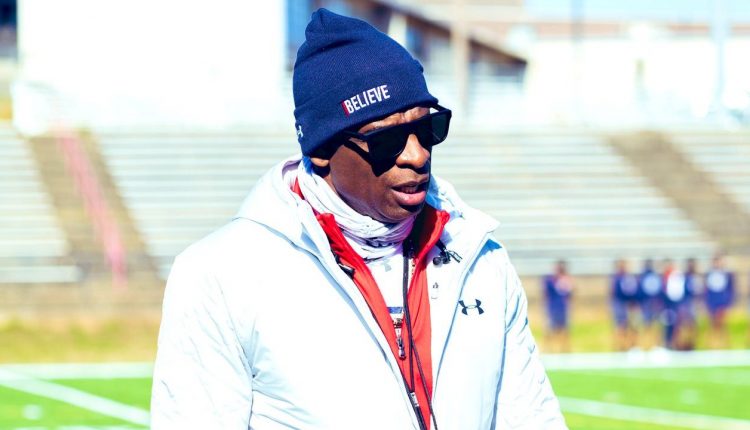 Jackson State University announced in September that Pro Football Hall of Fame candidate Deion Sanders was named the 21st football head coach in Jackson State history. With the reality of being the head coach of a historically black college and university (HBCU), Sanders has stated that “the playing field is terrible” when compared to larger, more affluent college programs.

According to the Mississippi Clarion-Ledger, during the Southwestern Athletic Conference (SWAC) media day last week, Sanders explained the differences between coaching at an HBCU and using the same resources at an NCAA football program that doesn’t focus on black education.

“The playing field is terrible,” said Sanders. “There are no level playing fields. It’s unacceptable. Thank God that God has called me to change the game, open their eyes, open the door. Not just for Jackson State, but for everyone. “

“Some of the things I’ve seen so far at the start of my tenure are really unacceptable,” said Sanders. “It makes a child not dream. It leads to a child not having this passion because they do not see the end result promising for them. “

Back in November, Sanders announced that he had recruited his son Shedeur, a quarterback, to play for Jackson State. Sanders is a three-star quarterback who plays at Trinity Christian School in Texas.

I couldn’t pass up the opportunity to level the playing field and achieve equality among HBCUs! Dad i have your back! JSU #theeilove 🐅 COMMITTED @DeionSanders @PilarSanders @ Striving4_ALott @DemetricDWarren pic.twitter.com/DvN7JFxyyv