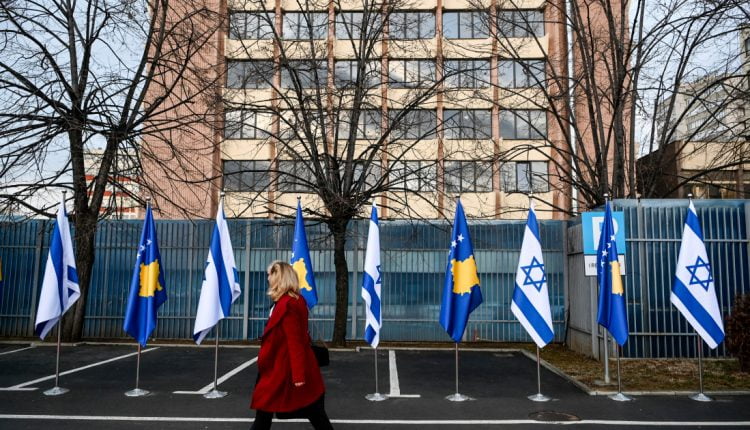 The controversial move comes after Israel recognized Kosovo’s independence and means that there are now three countries with embassies in Jerusalem.

Kosovo has officially opened its embassy in Jerusalem in Israel, making it the first European country to set up an embassy in the controversial city, whose status is at the center of the Israeli-Palestinian conflict.

A statement by the State Department on Sunday said the move came after diplomatic relations with Israel were established on February 1 and a summit between Kosovo and Serbia in September at the White House.

“The Ministry of Foreign Affairs and Diaspora announced that the Kosovo embassy in the State of Israel, based in Jerusalem, has officially opened,” the statement said.

Kosovo follows the United States and Guatemala in establishing its embassy in Jerusalem.

Kosovo’s decision was made when outgoing Prime Minister Avdullah Hoti met Serbian President Aleksandar Vucic with then President Donald Trump in September at the White House.

“The placement of the plaques and the state flag in the Kosovar embassy in Israel reflects the commitment of the Kosovar government to honor its commitment to establish the diplomatic mission in Jerusalem,” it said.

A truly proud and historic moment for 🇮🇱 🤝 🇮🇱 relationships.
The Republic of Kosovo officially opened its embassy in Jerulasem today!
The greatest honor of my life is to have this opportunity to open the embassy and proudly serve my country in Israel. pic.twitter.com/beUFmOeA5g

“The greatest honor of my life is to have the opportunity to open the embassy and proudly serve my country in Israel,” wrote Demiri on Twitter.

Palestinians claim to have occupied East Jerusalem, captured by Israel in the 1967 war, as the capital of a future state.

The move came in exchange for Israel’s recognition of Kosovo, a major victory in Pristina’s efforts to globally recognize the independence it declared in 2008 after a war with Serbia in the 1990s.

Serbia has refused to recognize the independence of its former province. While Kosovo has now been recognized by much of the western world, it has excluded rejection from the United Nations by Belgrade’s most important ally, Russia and China.

Israel was another major factor until last month when it established diplomatic relations with Kosovo.

In return, Kosovo recognized Jerusalem as the capital of the Jewish state.

Prime Minister-designate Albin Kurti found himself in a difficult diplomatic position before taking office after pressure from Turkey, a close ally of the new Western Balkans, to change its mind about Jerusalem as a location.

Kurti said, “The location of the embassy is to be considered after reviewing the outgoing government’s records.”

Turkish President Recep Tayyip Erdogan has warned Kosovo that the move could damage future relations with his country.

In one of Europe’s most persistent disputes, Serbia has rejected Kosovo’s independence since it broke out in 1998-1999 in a war that was only ended by a NATO bombing campaign against Serbian forces.

Kosovo and Serbia are under increasing pressure from the West to overcome the impasse that is seen as crucial for both sides joining the European Union.