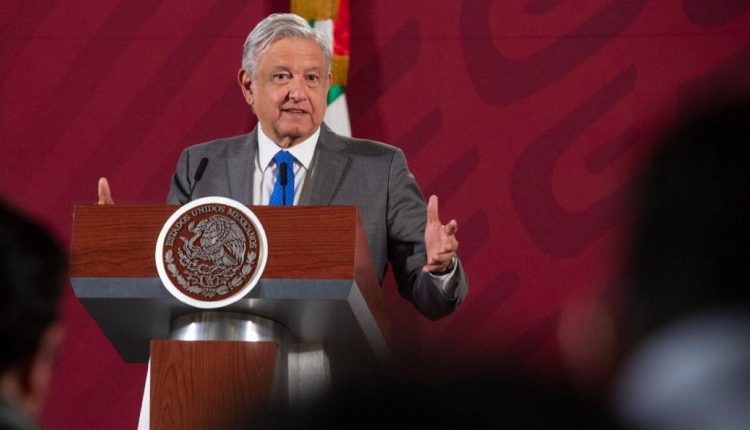 The President of Mexico announced that his symptoms are mild and that Dr. Olga Sánchez Cordero will replace him at morning conferences.

This article was translated from our Spanish edition using AI technologies. Errors can occur due to this process. This story originally appeared on Alto Nivel

The President of Mexico, Andrés Manuel López Obrador, reported that he has COVID-19 with mild symptoms and is already receiving medical treatment.

“As always, I’m optimistic. We will all go forward. Dr. Olga Sánchez Cordero will replace me in the morning to report how we do it every day, ”the President reported on his social networks. The president added that he would continue to oversee government affairs from the National Palace.

I will be informed of the public affairs of the National Palace. For example, tomorrow I will take a call from President Vladimir Putin, as regardless of friendly relations, there is a possibility that they will send us the Sputnik V vaccine.

“Regardless of the friendly relations, there is a possibility that they will send us the Sputnik V vaccine,” said the Foreign Minister.

President López Obrador was on a work tour in the states of Nuevo León and San Luis Potosí that weekend and spoke to President of the United States, Joe Biden, on Friday.

We spoke to President Biden and he was kind and respectful. We address issues related to migration, # COVID19 and working together for development and wellbeing. Everything indicates that relations will be good for the good of our peoples and nations. pic.twitter.com/QEVK4UgFuo

In 2020, cabinet members and close associates of the chairman of the board tested positive for the disease without the president becoming infected.

López Obrador has stated several times that according to the national vaccination campaign, which first vaccinates health workers and then vaccinates the general population, he will not be vaccinated against COVID-19 until they are over 75 years old.

Mexico reported more than 20,000 new confirmed cases of coronavirus for the fourth straight year on Saturday, amid a resurgence of infections and the saturation of hospitals affecting several areas of the country, including the capital.

Local health officials reported 20,057 new known cases of COVID-19, the disease caused by the coronavirus that emerged in China in late 2019, bringing the total to 1,752,347.

The death toll related to COVID-19 rose to 149,084, according to health officials, after 1,470 new deaths had occurred in the past few hours.