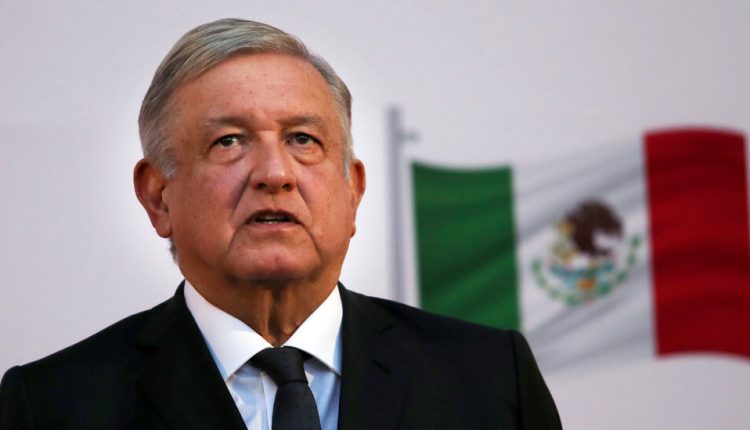 The Mexican President, Andrés Manuel López Obrador, said on Sunday that he was infected with the coronavirus and that he was receiving “medical treatment” for the symptoms he described as mild.

Mr López Obrador, who wrote on Twitter, said he would continue to carry out his official duties, including a call to President Vladimir V. Putin of Russia scheduled for Monday.

“As always, I’m optimistic,” he said.

The Mexican leader has consistently downplayed the pandemic, questioning the value of wearing masks and refusing to put one on in public.

On Friday he posted a photo of himself indoors, again without a mask, and made a phone call to President Biden. He was accompanied by Marcelo Ebrard, the foreign minister, and Alfonso Romo, a former top adjutant – and none of them wore masks. And on Saturday the President met with local business leaders in Monterrey.

Hours before he announced he was infected with the virus, Mr López Obrador, who flies commercially on all official trips, was sitting on a flight from San Luís Potosí to Mexico City, according to local media reports.

In June, Mr López Obrador sounded dismissive. He said having a clear conscience would help fight the virus off. “No lying, no stealing, no betrayal, that helps a lot in not getting coronavirus,” he told reporters.

And for months now, the president has repeatedly insisted that the end of the devastation of the pandemic is imminent.

“The worst is coming to an end,” he said this month as deaths increased. “We’re coming out.”

In the spring, the New York Times reported that the Mexican government had failed to register hundreds, possibly thousands, of deaths in Mexico City and fired officials who had recorded more than three times as many deaths in the capital as the government had publicly acknowledged.

Then, in December, federal officials who refused to harm the economy any further reassured the public that Mexico City had not reached the level of contagion that would require a complete lockdown. Indeed, the government’s numbers showed the capital had passed that threshold, an analysis by The Times found.

Some public health experts said they were unsurprised that Mr López Obrador was infected as he preferred to go mask-free even in situations of high exposure risk.

“It was even expected or assumed that because of his way of exposing himself to so many people and not wearing a mask, he would have been infected earlier,” said Carlos Magis Rodríguez, professor of medicine at the National Autonomous University in Mexico. “At all of López Obrador’s public appearances, except when he visited Trump, we saw him without a face mask.”

He said there was cause for concern about the prognosis of Mr López Obrador, who is 67 years old and had a heart attack in 2013. “He’s at a higher risk than a young person,” said Dr. Magis.

Mr López Obrador has told reporters that he is expected to wait for the vaccination with the rest of his age group in mid-March.

The news came Mexico is facing its worst moment since the pandemic began, and deaths are reaching terrifying highs. On Thursday, Mexico confirmed 1,803 new coronavirus deaths, beating the previous record of more than 1,500 set days earlier.

And while the president is being treated, many Mexicans are fighting for medical care. The country’s hospitals are overcrowded and in Mexico City, the epicenter of the national outbreak, nearly 90 percent of beds are occupied.

Mexico purposely kept testing low during the pandemic, which masked the true extent of the virus’s reach across the country. However, it cannot be denied that Mr López Obrador led one of the world’s worst outbreaks.

To date, the country has recorded more than 1.7 million coronavirus infections and nearly 150,000 deaths, the fourth highest death toll in the world.

Official numbers greatly underestimate the real toll of the pandemic. By December, the country had recorded 250,000 more deaths than expected, an excessive death rate suggesting the pandemic was far more deadly than official figures suggest.

Kirk Semple and Elda Cantú contributed to the coverage.

Lori Harvey & Michael B. Jordan Proceed To Flaunt Their New Romance—She Let’s Everybody Know He’s “Mine”