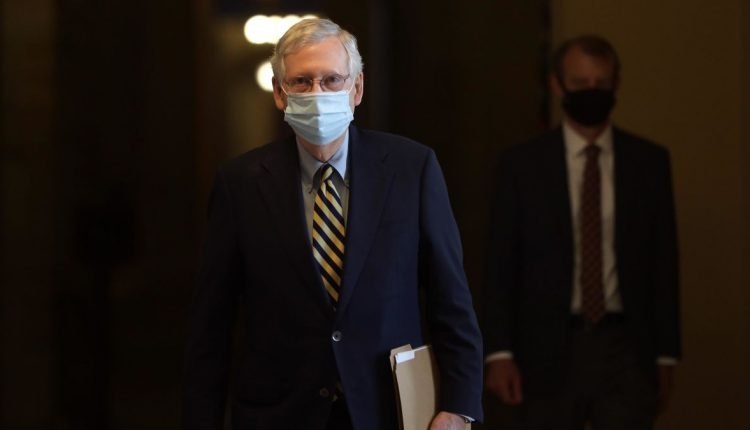 Top Democrats, including the two highest-ranking party members in the Senate, have been ramping up rhetoric over the past few days about the future of the filibuster, a parliamentary custom that requires the support of 60 of the chamber’s 100 members to pass most of the laws.

The filibuster has long been viewed as a mechanism that requires bipartisan consensus that differentiates the Senate from the House of Representatives, where only a simple majority is required for legislation. With the Senate’s current split between 50 and 50, Democrats have stated that they may need to scrap the filibuster in order to pass Biden’s priorities, including a House-approved bill to facilitate voting in elections.

“This chaos would not open an express route for liberal change. It wouldn’t open a freeway for the Biden Presidency to get into the history books. The Senate would be more like a 100-car bunch. Nothing moves, ”said McConnell, a Republican from Kentucky, in the Senate.

“No one serving in this chamber can imagine what a completely scorched-earth Senate would look like,” he added. Republicans would need votes for any parliamentary move, which drastically slows the pace of business.

The Senate is currently split 50-50 between Democrats and Republicans.

Two moderate Democrats – Senator Kyrsten Sinema and Joe Manchin – have spoken out against the abolition of the filibuster, despite Manchin proposing changing the filibuster rule to make the parliamentary maneuver “more painful”.

McConnell said these lawmakers are now under pressure from their peers to reverse course.

But Manchin reiterated his position to reporters in comments that might allay Republicans’ concerns. “The bottom line is that you can’t get rid of the filibuster,” said the West Virginia Democrat.

McConnell also warned that if the Republicans recaptured the majority when the filibuster was gone, the Democrats would face a strictly conservative agenda on jobs, energy, abortion rights, border security and gun ownership in 2022.

“We wouldn’t just erase any liberal change that harms the country. We would empower America with all kinds of conservative policies without the other side making a zero-to-zero contribution, ”he said.

McConnell spoke the day after Senator Dick Durbin, the Chamber’s No. 2 Democrat, gave a keynote speech that the filibuster “mocked” democracy and that Republicans were using it to block urgent laws.

On Tuesday, Durbin admitted that McConnell’s warning of the Senate standstill was not idle. “We have already seen him. He’s proven he can and he will do it again, ”said the Illinois Democrat.

Senate Majority Leader Chuck Schumer said Sunday that Democrats were hoping to work with Republicans to advance legislation designed to improve voter turnout and renew US infrastructure. But he warned the Democrats that they were determined to overcome the Republican opposition.

Stacey Abrams, an influential advocate for voting rights and a former Democratic candidate for governor of Georgia, called on the Senate Sunday to remove the House of Representatives’ electoral reform bill on the Republican opposition from the filibuster procedural hurdle.

Surge in Migrants Defies Straightforward or Fast Options for Biden