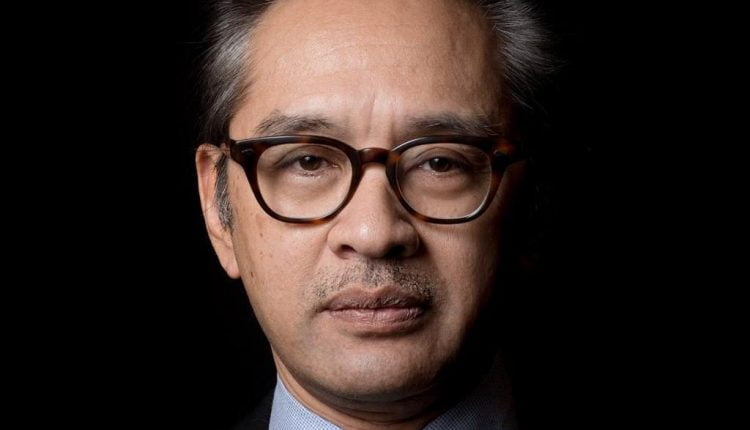 Jakarta, Indonesia – As Foreign Ministers of the Association of Southeast Asian Nations (ASEAN) meet virtually to discuss the situation in Myanmar, one of the most experienced diplomats in the Al Jazeera region explained how ASEAN can help resolve the crisis in Myanmar.

Dr. Marty Natalegawa was Indonesia’s Foreign Minister from 2009 to 2014, including during Indonesia’s time as Chairman of ASEAN in 2011. Before that, he was Director General for ASEAN Cooperation in the Indonesian Ministry of Foreign Affairs.

Jessica Washington: We know that violence has escalated in Myanmar – at least 18 peaceful protesters have died. How do you see this situation and how worrying is it?

Marty Natalegawa: It’s definitely a litmus test for all of us in this region.

We have always been aware of the fact that the democratization process in Myanmar is just that – a process, not an event. There must be ups and downs. There is a need for perseverance. The developments in recent months are of great importance to all of us in the region. It is quite appalling to see the pictures we see of protesters who are essentially being shot by the military. It’s deeply troubling.

The junta should not simply be asked to protect itself from violence. You need to be told to stop it. Stop shooting innocent civilians. We shouldn’t ask them to refrain from doing this – it’s a slippery slope. The right to demonstrate peacefully is enshrined in ASEAN’s human rights declarations and in our charter. Stop shooting people and release the democratically elected leaders free.

JW: A month has passed since the coup. How do you assess ASEAN’s reaction to the events in Myanmar?

MN: ASEAN chairman Brunei Darussalam made a statement within a day or two of the development. The fact that the chairman was able to make this statement quickly is important. But it’s been a month, there has been a series of very intense diplomatic consultations, communications between relevant parties, obviously it’s not over yet. As we speak, there will be an informal ASEAN Foreign Ministers meeting today.

Nowadays I use the term – democratization as a process rather than an event. Likewise, diplomatic efforts must be result-oriented, as sometimes extremely delicate processes have to be carried out rather cautiously and informally – and not in the full light of public expectation. I hope there is already a script that ASEAN will gather around to manage the problem. There is some hope that ASEAN will recognize that this is an issue that they need to address.

Within hours or days of this supposedly collective statement, there were statements by individual member states demonstrating the continuum or variation of views within ASEAN. Some are more open to the idea of ​​ASEAN engagement, others say it is an internal matter and ASEAN cannot join the conversation.

However, this meeting at least shows that ASEAN is projecting its administrative capacity.

JW: What should the goals of ASEAN be, aside from calling a meeting and starting a dialogue?

MN: In the way ASEAN does things, we emphasize the importance of listening. When we talk about ASEAN, we are not talking about a relationship with third parties. Myanmar is part of ASEAN. It would not be enough for ASEAN to just be in listen mode – to hear views from the junta – and I use the term junta on purpose and on purpose.

ASEAN must convey its expectations to the junta – that peaceful demonstrators must not be shot at and democratically elected leaders must be part of the solution, they must not be jailed on frivolous accusations.

ASEAN leaders will listen to the junta’s representative, but at the same time ASEAN must not be afraid to make known its views and expectations.

MN: It is a constant dilemma for any diplomatic engagement. It’s not a unique ASEAN dilemma – it has to deal with the authorities or parties that de facto control the situation to decipher intentions and convey expectations.

It is extremely important that ASEAN be absolutely clear in its communication with the junta – this form of communication does not convey or suggest recognition or acceptance in any way. It does not give ASEAN any legitimacy.

JW: When problems arise in our region, there are often analysts or scholars who point out the shortcomings of ASEAN. Given the events of the past month, how would you react to this criticism?

MN: You can always see these things as a half-full or half-empty glass.

You can always point out deficiencies as to how things could have gone better. The obituary for ASEAN has been written many times. As a diplomat who has served for over thirty years, I remember many times when people said ASEAN was not relevant. But ASEAN has always proven its resilience.

In our case, we have been able to handle our internal problems in such a way that there are no major power interests complicating the situation further.

In the 1980s, Cambodia was a perfect storm of great power interests – US, China, and Russia. It took ASEAN – at the time – to get the problem under control. We are not without imperfections, but at the same time you can remember important moments in which ASEAN played a role. It cannot be taken for granted, it has to be earned, it has to be managed.

Talking about democracy in the region at this time is almost like whistling in the dark. But you have to persevere and be resilient.

JW: You previously said that this time the military rule in Myanmar would be different because the people had a taste of freedom and democracy. How does this affect the situation?

When ASEAN deals with whoever is in authority in Myanmar right now – the junta … it is not taking place in a vacuum. It will be in the full glory of the public and civil society in Myanmar. You will question engagement with parties that we all do not consider to be legitimate authority. So the home environment has changed.

I am so moved when I hear young people being interviewed and they say they will make the sacrifice now to fight for democracy because they do not want future generations to live under military rule. You have tried what it means to live in an environment where civil liberties are better respected. I don’t think you can turn back the clock.

Myanmar is not dissimilar to Indonesia in terms of the role of the armed forces in its history and the tensions in the regions. Myanmar is very different with different ethnicities. Indonesia could provide like a template – there is no one size fits all – but our experience is relevant.

We have been able to democratically transform from military rule to where we are now. Some of the lessons and experiences were less positive. In terms of teaching, we have a lot to share.

JW: What do you fear if no solution can be found?

MN: First and foremost, I do not think we should hesitate. It’s not time for a thoughtful moment – should we get involved or not? One such question was answered more than a decade ago when ASEAN presented itself as part of the solution to the situation in Myanmar. We don’t have to wonder why we need to get involved. An economically challenging and politically unstable Myanmar will also affect the stability and prosperity of the region.

I hope that there is a script to move this situation forward and that this ASEAN plan must put the democratic desires and will of the people of Myanmar first.