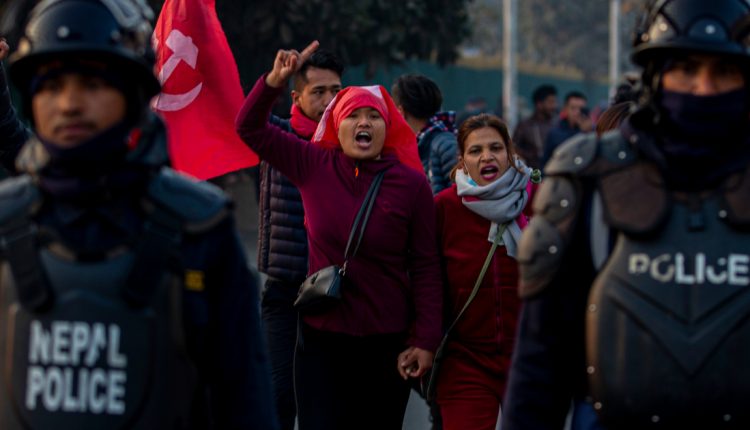 Following the ruling by the Supreme Court, the country’s electoral body removes the Communist Party of Nepal from the electoral roll.

Nepal’s ruling party of former Maoist rebels and fellow communists has split after the top electoral body ruled that its name was illegal, pushing the country into further political uncertainty.

The Himalayan nation was hit by months of turmoil after Prime Minister Khadga Prasad Sharma Oli dissolved parliament in December and accused members of his Communist Party of Nepal (NCP) of not cooperating.

The NCP was founded in 2018 through a merger between Oli’s communist party CPN-UML and the Communist Party of Nepal (Maoist Center) of the former rebel leader Pushpa Kamal Dahal.

But the party had no right to the name of the NCP, the Supreme Court ruled on Sunday, because another, separate communist faction was already using it.

On Tuesday, the electoral commission agreed, saying it had “dismissed” Olis NCP – which had a rare parliamentary majority of two-thirds – from the electoral roll.

CPN (Maoist Center) member Giriraj Mani Pokharel told AFP news agency that the breakup had sparked discussions in his faction of the party about “whether to withdraw support from the government”.

No decision was made, he added.

The NCP’s triumph over the incumbent Nepalese Congress Party – the country’s third major political force – was seen as the final step in Nepal’s transformation into a post-war republic.

Since 2008, brittle alliances have been forged between the three dominant parties in Nepal, and hopes existed that a majority government would bring stability and much-needed development to the Himalayan nation.