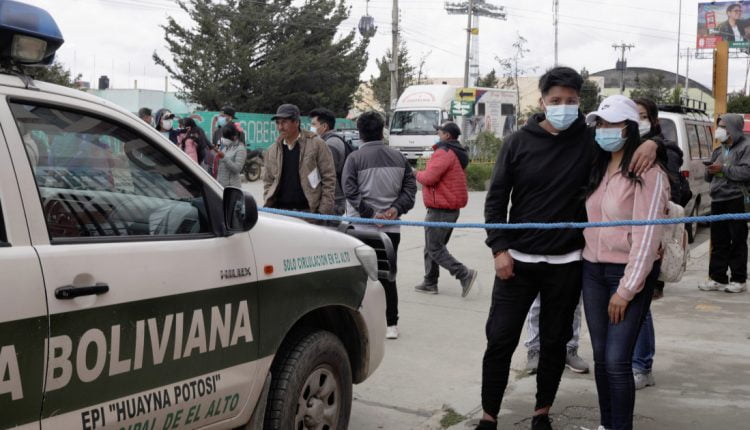 Several others were injured when a railing on the fourth floor broke when a crowd of students tried to enter a meeting hall.

At least seven students died and five were seriously injured when they fell from the fourth floor of a university building in Bolivia after a metal railing gave way on Tuesday, the government said.

Footage of the incident shows students crowded into a narrow passageway trying to enter a meeting hall.

A metal railing can be seen under the weight of the students pushing and pushing, several of which fall onto the concrete floor of El Alto University near La Paz.

Others clung to fellow students to stop their fall.

People are waiting for information about the UPEA (El Alto Public University) accident in which a balcony railing collapsed and students fell [David Mercado/Reuters]”Seven people died in this accident and five are in critical condition, some of whom are stabilized,” said Health Minister Jayson Auza in hospitals in the town of El Alto near La Paz.

Interior Minister Eduardo del Castillo had previously reported five deaths and three injuries related to the incident, but the amount was revised after the Ministry of Health reviewed the case details.

The injured and deceased were between 20 and 24 years old.

Del Castillo said he ordered an investigation into the accident.