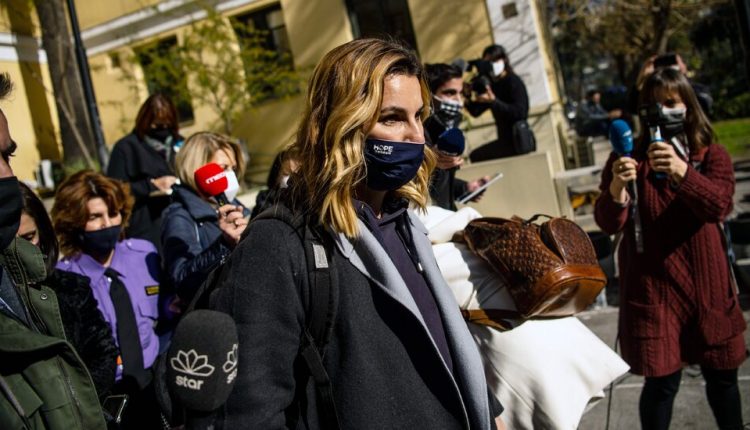 Many victims do not speak up, said Ms. Sakellaropoulou on Monday after meeting Ms. Bekatorou, “because they know that in the best case scenario they will be exposed to pity or distrust and in the worst case to contempt, ridicule and even social stigma.”

While incidents are rarely reported, studies suggest that sexual harassment is common in Greek workplaces. A survey by charity ActionAid of 1,001 women last July found that nine out of ten people had experienced undesirable advances in their workplace. One in ten respondents said they had been a victim of sexual assault. Reports of such abuses have long circulated in Greek sport, politics and the media, but are only now being documented.

Greece has made some advances in women’s rights legislation over the years. In 2010, a law against Gender Discrimination in Employment was passed, making sexual harassment a crime with a maximum prison term of three years. However, The country lags behind its counterparts in the European Union in promoting gender equality, and harassment of women in male-dominated sectors is often swept under the rug.

“For decades, sexual harassment has been taboo, with society refusing to recognize a social reality,” said Maria Syrengela, Greek deputy labor minister in charge of gender equality, in an email response to questions. “But in the past few years, society has matured and made progress.”

Among them are Mania Bikof, a retired water polo player who said she was forced to undress to the waist so a doctor could examine a shoulder injury, and former swim master Rabea Iatridou, who said she was petted by a paramedic. Male athletes have also spoken out, including Nikos Kaklamanakis, another sailing champion, who said officials at the sailing association threatened young athletes to remain silent about alleged abuses.

An Olympic athlete in Cyprus has also spoken about abuse by one of the country’s sports officials. Athlete Andri Eleftheriou, a member of the national shooting team, said she was sexually assaulted by the official at the 2006 Commonwealth Games, where she won a gold medal, and the 2008 Beijing Olympics. Eleftheriou said in a Facebook Messenger message that she reported the alleged abuse to police in Cyprus on Wednesday after meeting Justice Minister Emily Yiolitis.

In Greece there have also been allegations from the world of politics that women are still under-represented, holding only one in five seats in parliament and two in 20 ministerial posts in the Conservative government.