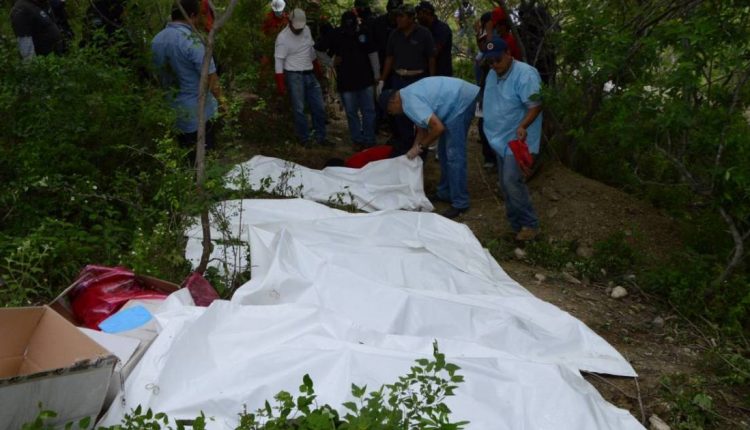 On a tip, more than 80 state and federal agencies searched 52 locations across the state before discovering the newest mass burial site.

At least 59 bodies were found in mass graves in the central Mexican state of Guanajuato, the government-backed National Search Commission (CNB) announced.

“We found 59 bodies in various secret graves, there are other points that we are continuing to work on,” said Karla Quintana, head of the CNB from the Salvatierra municipality, where the authorities discovered the mass grave.

“The vast majority of bodies appear to be young people, sometimes very young, probably teenagers among them.”

Information about the possible mass grave was first released two weeks ago, and the CNB began a search last week in coordination with state and federal authorities.

According to the authorities, more than 80 people were involved in the search and at least 52 excavations were carried out, leading to the discovery of the bodies.

Violence in Guanajuato state has increased in recent months due to the turf war between the Santa Rosa de Lima and Jalisco Nueva Generacion cartels, both of which are involved in drug and fuel trafficking.

In early August, Santa Cruz city authorities announced the arrest of the leader of the Santa Rosa de Lima cartel, Jose Antonio Yepez, also known as “El Marro”, while his successor Adan Ochoa was arrested in mid-October in the region.

Drug cartels in other parts of Mexico have deposited the bodies of the victims in several mass graves over the years.

In May of this year, the remains of at least 25 people were found buried in a mass grave outside the western Mexican city of Guadalajara, Jalisco state.

At least three mass graves with an estimated 100 bodies were found in the country in 2019.

A year earlier, the remains of 166 people were unearthed in Veracruz, while another 250 bodies were discovered in the same state in 2017.

More than 3,000 unmarked graves containing nearly 5,000 bodies have been found in Mexico since the government deployed the military in 2006 to fight the country’s powerful drug cartels.

Since the government of former President Felipe Calderon started its war on drug traffickers this year, an estimated 250,000 people have been killed in Mexico, according to official figures.

Another 40,000 people are still missing.

In response to the recent wave of violence, the current government of Andres Manuel Lopez Obrador, who became president in 2018, has deployed thousands of military and national guard troops in some hotspot states.