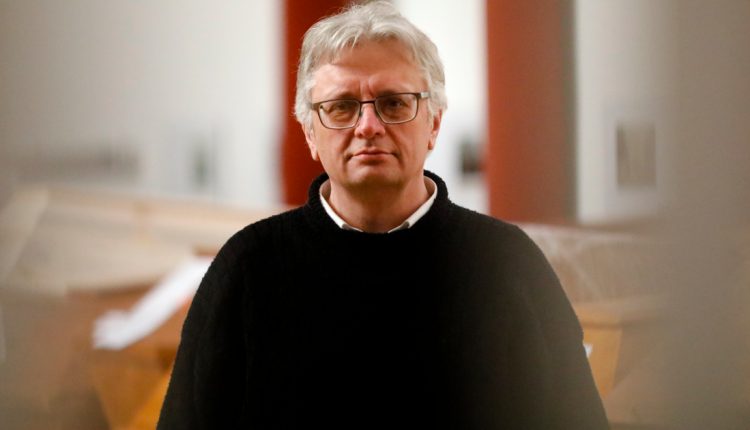 The coffins are stacked three high in the gloomy memorial hall of the Meissen crematorium, stacked in empty offices and stored in hallways. Many are sealed with plastic foil, others are labeled with “risk of infection”, “urgent” or simply “COVID”.

An increase in coronavirus deaths in this corner of eastern Germany has boosted business for crematorium manager Jörg Schaldach and his employees, but nobody is celebrating.

“The situation is a bit tense for us at the moment,” said Schaldach when another undertaker’s van pulled up outside.

The crematorium typically has 70 to 100 coffins on-site at this time of year when the flu season hits the elderly.

“It is normal that more people die in winter than in summer,” said Schaldach. “It has always been like this.”

There are now 300 bodies waiting to be cremated, and every day dozens more are brought to the modernist building on a hill overlooking Meissen, an ancient city better known for its delicate porcelain and impressive Gothic castle.

On Monday, the district of Meissen again took over the unwanted lead in the German COVID-19 tables with an infection rate that is three times the national average. The state of Saxony, in which Meißen is located, comprises six of the ten most affected districts in Germany.

Schaldach says the crematorium is doing its best to keep up with demand, lighting the twin ovens every 45 minutes, and managing 60 cremations per day.

“The ashes still end up in the right urn,” he said.

While staff would normally try to make sure the deceased looked their best so that loved ones could say goodbye for good, the rules of infection mean that the caskets of COVID victims must remain closed, making the whole process even more difficult for those involved.

“It’s our business, we’ve seen death many, many times,” said Schaldach. “The problem we see is that the grieving relatives need our help. And right now there is a greater need for words of comfort because they have turned their loved ones over to the ambulance and then never see them again. “

A coffin with a deceased person who died with COVID-19 will be kept in the worship room of a crematorium before the cremation in Meißen on Monday, January 11, 2021 [Markus Schreiber/AP]Some have linked Saxony’s high infection rate with a more general sentiment against the government in a country where more than a quarter voted for the far-right party Alternative for Germany in the last national elections.

Politicians have objected to the need to wear masks, restrict gatherings and close shops. Some have even directly denied the existence of a pandemic.

Other commentators have noted the large number of elderly people in the state and its reliance on nursing home workers from the neighboring Czech Republic, where COVID-19 infections are even higher.

Officials in Meissen, including the head of the district administration, the local doctors’ association and the politician who represents the region in parliament, an ally of Chancellor Angela Merkel, declined to be questioned about the situation.

Saxon governor Michael Kretschmer recently admitted in an interview with the daily Freie Presse that he had underestimated the effects of the pandemic in his country and paid too much attention to those who urge companies and schools to stay open.

A video of Kretschmer speaking to anti-lockdown protesters outside his house on Sunday ends with him walking away after a person donned a mask that looks like the German imperial war flag, a symbol preferred by right-wing extremists .

Schaldach, the crematorium director, says that most of the people in Saxony accept the rules. But he’s also read comments on social media branding reports of corpses piling up as false news in his crematorium.

“Those who believe in conspiracy theories cannot be helped. We don’t want to argue with them, ”he told The Associated Press. “They have their beliefs and we have our knowledge.”

Down in Meissen the streets are empty, without the usual tourists or even the hustle and bustle of the locals.

Franziska Schlieter runs a gourmet grocery store in the historic city center, which is one of the few that are allowed to remain open during the closure. Her business, run by five generations of her family, is backed by a crowd of regulars who buy lottery tickets and gift baskets.

“In the Bible, God sent plagues to people if they didn’t behave,” said Schlieter, who thought it was a mistake to loosen the lockdown over Christmas. “Sometimes I have to think about it.”

On the cobblestone square, Matthias Huth takes care of a lonely food truck in front of his restaurant with shutters. He defends those who have questioned the government’s COVID-19 restrictions, but says skepticism shouldn’t justify a rejection.

“Conversations are starting to change,” Huth said as he served a dish of chopped black pudding, sauerkraut, and porridge locally known as Dead Grandma. “Everyone wants it to be over.” 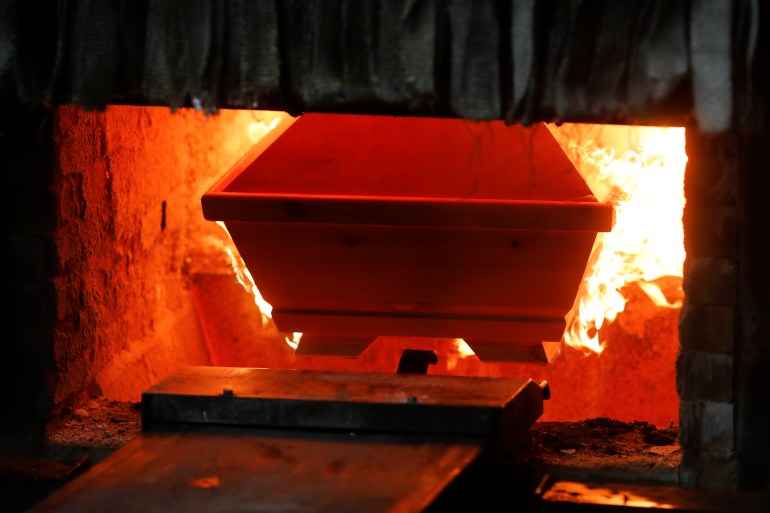