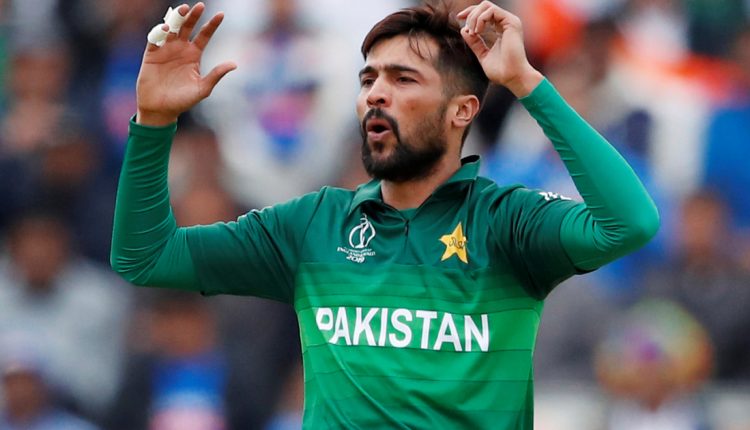 The Pakistani paceman will play for Lord’s team in this year’s debut season of the Hundred competition in English cricket.

Pakistani Paceman Mohammad Amir will play for Lord’s London Spirit in this year’s debut season of England’s Hundred cricket competition, it was announced on Tuesday.

He is accompanied by Mohammad Nabi from Afghanistan, and Chloe Tryon from South Africa, another all-rounder from overseas, is signed for the women’s team of Spirit.

The coronavirus forced cricket bosses to postpone the start of the Hundred, a new tournament with 100 balls per side made up of eight franchises, each male and female, last year.

The 28-year-old Amir announced his international resignation last month in protest of the “shabby” treatment he has received from Pakistani management.

At Lord’s, the Pakistani career of the gifted fast-paced left arm bowler first came to a halt in 2010 when he was handed a five-year ban on his role in a spot-fixing scandal.

Amir was one of 54 players whose participation in the 2021 Hundred was announced on Tuesday. English batsman Jason Roy and West Indian spinner Sunil Narine were both retained by Oval Invincibles.

The women’s side of the franchise is strengthened by the signing of the South African all-rounder Marizanne Kapp, whose Proteas teammates Lizelle Lee and Mignon Du Preez are moving to Manchester Originals.

Jonny Bairstow, who was about to help England kick off the test series in Sri Lanka, was kept by the Welsh Fire.

A draft was held in October 2019, but changes in stats and player availability mean teams have until February 4th to maintain or release them. After that there is another draft to fill in the remaining slots.

The Hundred has been riddled with controversy. Many critics argue that there is no space left on an already crowded calendar, but cricket bosses say this will help attract new audiences to the game.