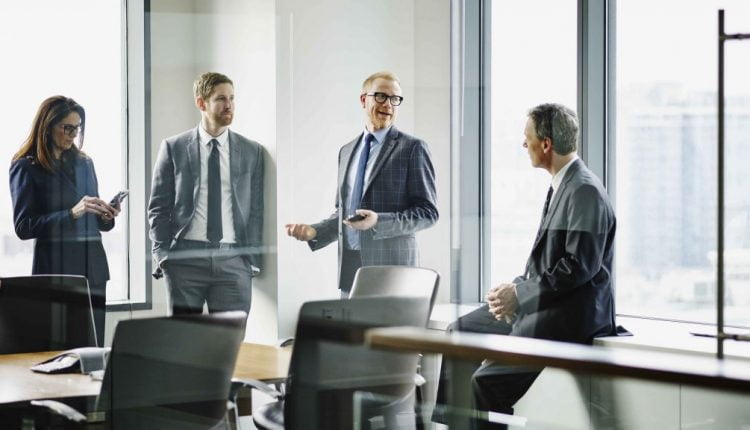 I was very fond of Don. He was a mentor and later a friend. He had been the supervisor for about twenty years; I was new to the role.

But for a while he frustrated me.

Especially when I had new ideas. I would rush to his office with confidence and enthusiasm and describe my latest plan. Facts. Numbers. Argumentation.

I would interpret anything for him. Then, after my big goal, I’d say, “It’s great, right? Let’s do it!”

Don would cross his arms. Scowl. Stare at a point over my shoulder. Finally he shook his head and said, “It’s too much. I just don’t see it. No.”

It happened every time. I decided Don was past his regulatory expiration date. Too old-fashioned. Too much in his own way. Also: “We don’t do it like that here.”

Granted, Don was old-fashioned. He was a little bit his own way.

New ideas? Our ideas? You weren’t the problem. The signal from our new ideas that his perspective, methods and experiences were no longer valuable was the problem. So the signal of my approach was sent.

Of course Don pushed back. Not because I was wrong, although sometimes I definitely was. But because pushing back helped him regain a sense of real and equally crucial emotional control.

He wasn’t the kind of guy who flipped a few ideas back and forth. He liked to go out and work on a subject so that he could exchange thoughtful, fully articulated opinions. I put him on the defensive by demanding an immediate response. (I didn’t need an answer right away; I just wanted one.)

He didn’t have time to think and instinctively fell back on the safe choice: to say no and stick to the status quo.

So one day I tried a different approach. “Don,” I said, “I have an idea that I think makes sense, but I’m sure I am missing things. If I guide it from you, you could think about it for a day or two and then tell me what you are you think? “

He loved that approach. It showed that I valued his wisdom and experience. It showed that I didn’t just want him to agree; I really wanted his opinion. It gave him time to process my idea in the way he felt most comfortable.

Part of the process. Part of the solution. Respected. Estimated. Involved.

That’s how Don wanted to feel.

This is how everyone wants to feel.

By turning my ideas into a question (“Can you think about it for a day or two and let me know what you think?”), Into a statement (“It’s great, right? Let’s do it!”) Instead I don’t stop myself from feeling defensive.

I didn’t try to tell him what to think. Or what to do. I asked him for advice, input and ideas.

And although I didn’t know it then, science agrees with this approach. As Adam Grant points out, a study published in Social Influence in 2006 shows how important the question-behavior effect is as a social influence method: Asking questions instead of giving answers can overcome people’s defensiveness – and make them more likely to be open be for an agreement.

Think about how they work best. What makes you comfortable. What will make them feel valued, respected and included.

That way, the best ideas can actually get to the top.

And along the way, people who want to help you lift them will improve you.