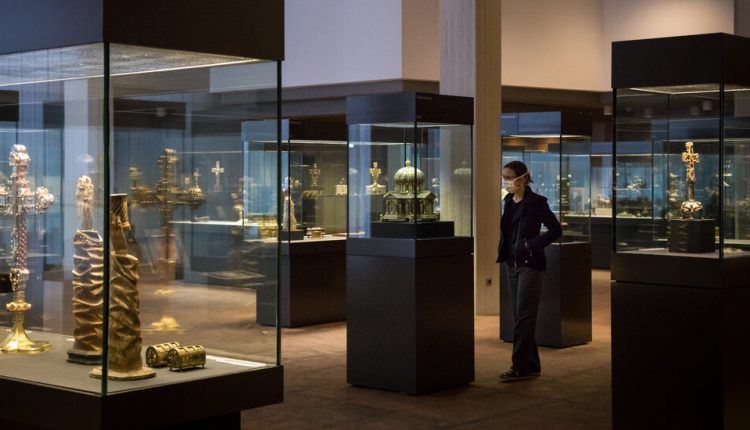 WASHINGTON – The Supreme Court, which has previously raised concerns about the conduct of and against foreigners abroad, heard arguments Monday on whether American courts play a role in deciding whether Hungary and Germany should pay Jews for allegedly stolen property before and during World War II.

However, the gravity of the human rights violations described in the two lawsuits convinced a federal appeals court in Washington to move the two cases forward. The Trump administration questioned the decisions, filed briefs, and advanced arguments in support of efforts to limit review in American courts.

The Hungarian case, Republic of Hungary v Simon, No. 18-1447, was brought by 14 Holocaust survivors, including four US citizens, who said their property had been stolen by Hungary and its state railroad that deported hundreds of thousands Jews in Nazi death camps in summer 1944.

Sarah E. Harrington, an attorney for the plaintiffs, urged the judges to consider this historical context.

“Hungary took everything the plaintiffs owned, including items necessary for survival such as shelter, clothing and medicine. The undisputed purpose of Hungary’s income was to bring about the physical destruction of the Jews in Hungary,” she said. “This is genocide.”

The German Federal Republic of Germany v Philippians case, No. 19-351, concerns the Guelph Treasure, a treasure trove of medieval religious art that once belonged to a consortium of Jewish art dealers in Frankfurt and is now valued at $ 250 million. In 1935, according to the families of the dealers, the consortium was forced by the German authorities to sell the collection for far less than it was worth.

The 42 pieces in the collection are now in the Museum of Decorative Arts in Berlin. In 2014, a German commission found that the museum had legitimately acquired the collection and did not have to return it.

The commission said the 1935 sale was voluntary and came after a year of negotiation that resulted in a price about halfway between the two sides’ opening positions. The families said the consortium had been forced to sell in the face of ongoing persecution.

Three judges on the United States Court of Appeal for the District of Columbia Circuit ruled both Hungary and Germany, saying the cases could continue.

The fundamental legal question for the judges in both cases is whether the disputes should be settled by American courts. A federal law, the Foreign Sovereign Immunities Act of 1976, generally prohibits lawsuits against foreign states. The law has a few exceptions, including one for property expropriation, and American courts have sometimes refused to hear cases against other nations for fear that it would harm the international community.

Gregory Silbert, a lawyer for Hungary, said its courts should have an opportunity to see the matter.

“If a complaint alleges that foreign parties have harmed other foreign parties abroad, a federal court can deny jurisdiction in favor of a foreign court,” he said. “Hungary should have the first opportunity to address these allegations.”

The same would be true, he said, were the shoe on the other foot.

Benjamin W. Snyder, a federal government lawyer advocating Hungary, took a position that frustrated several judges. He said the Supreme Court should leave open the possibility for courts to postpone foreign courts in the interests of the international community and send the case back to the lower courts to determine whether Hungary is entitled to such recognition. But he wasn’t going to say what to do.

Chief Justice John G. Roberts Jr. said this was an odd position given the executive branch’s expertise in foreign affairs.

“This is the perfect time for you to fill that void,” the Chief Justice said to Mr. Snyder, who refused.

“The State Department just doesn’t feel they have enough information to make a recommendation to the court,” said Snyder.

Judge Samuel A. Alito Jr. said he was confused about why judges, not diplomats, should evaluate the impact of international relations when lawsuits against other nations are tried in American courts.

“There are nearly 700 district judges,” he told Mr. Snyder. “Would you like each of you to assess whether a particular lawsuit raises external concerns?”

Justice Elena Kagan also raised concerns. “Some might say this is going on,” she said, “that the State Department expects the courts to do the difficult and sensitive tasks, and others might say that they do the dirty work for you.”

She asked Ms. Harrington, the plaintiffs’ attorney, about a similar case against Hungary in which an appeals court found that the potential damage could be 40 percent of its gross domestic product.

“So this is a lawsuit that could essentially bankrupt a foreign nation,” said Justice Kagan. “Well that seems like it’s screaming strong international friction.”

Ms. Harrington replied that her case, a potential class action lawsuit, was in the early stages and that “it is just speculation at this point” to calculate the damage to her clients.

A supportive letter from Hungarian Holocaust victims argued that trying to sue in this country was pointless. It describes a case filed by a 92-year-old plaintiff whose lawsuit was dismissed for lack of evidence beyond her affidavit and who was sentenced to pay government legal fees.

“The Hungarian court asked the survivors about the impossible, which the concentration camps had deprived of the means to provide documentary evidence of their stolen property,” the letter said.

In the German case, the judges focused on another question: does the exception that allows lawsuits under the 1976 Law on Expropriation of Property apply when a foreign government has been accused of taking over the property of its own citizens?

Edwin S. Kneedler, a federal government attorney, said the expropriation exemption only applies to “taking over a foreigner’s property”.

In general, he urged the judges to examine the consequences of a comprehensive judgment.

“This would enable the courts of the United States,” said Kneedler, “to make sensitive judgments about the behavior of foreign governments, including perhaps some of our closest allies, and invite other countries to open their courts to claims.” about situations in this country’s unfortunate past in which it has committed acts that anyone would now consider a violation of international law. “