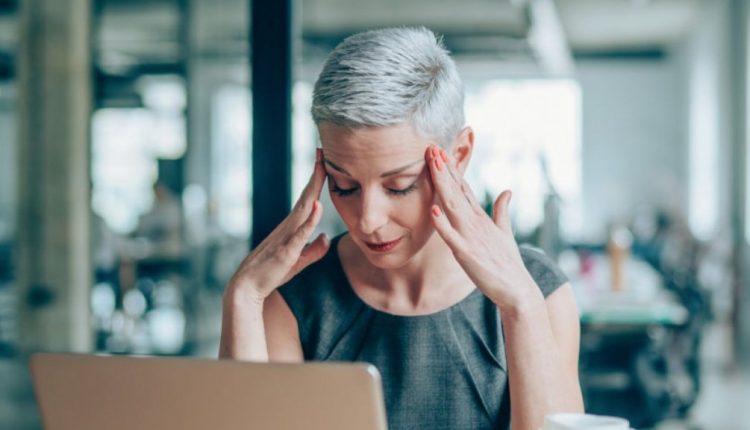 The best way to Assist a Struggling New Supervisor

Inc.com columnist Alison Green answers questions about workplace and management issues – from dealing with a micromanaging boss to talking to someone on your team about body odor.

Here is a summary of the answers to five questions from readers.

1. How to support a difficult new manager.

I am running a new manager, Jane, who has a team of four. Her team includes Rose and Lisa, who have recently joined the company from other positions but are experienced in their roles. In fact, they have more experience than Jane and I in this work.

Both Rose and Lisa have performance issues. Jane addressed this. But I’ve found them ignoring direct instructions, and Jane has long circular discussions trying to convince her to obey the instructions. They are at a level where they are working independently and it would be appropriate to resort to a little bit of management advice when they have good reasons to do so, but this goes too far. What can I do to fix this without undermining Jane?

I was clear to Jane that this behavior was unacceptable and warranting a formal performance improvement plan, and suggested that she make it clear to them that this is the next step if this continues. She is very supportive of her team and really wants to find a way to make it all work, but I worry that she spends too much time with them and they won’t pay back the effort.

It sounds like you have to coach Jane very hands-on on how to use this. As a new manager, she likely doesn’t have the skills or instincts to do this on your own, which means you should play a very active role in getting her through it. That should include coaching them on what to say if Rose and Lisa ignore direct instructions (include their specific language – new managers often don’t have it) and guiding them through the process of getting them on performance plans.

And you need to make it clear to Jane that while you want to give her some leeway in handling the situation, there are certain things that are non-negotiable, such as: B. that she cannot allow a pattern of disobedience to develop, and that she is ultimately responsible for the performance and culture of her team, which means that she must take action to resolve this problem. Bringing up employee issues is one of their professional responsibilities, just like anything else they are responsible for, and you need to coach them (and ultimately hold them accountable for them) just as you would for any other new responsibility that she has taken over.

2. I think my employee’s emotional outbursts could be hormonal.

I run a company with eight employees, including a manager, Diane, who oversees most of the remaining employees. One of these employees, Kristine, is a very good employee, but regularly reacts very strongly to work situations.

In reviewing my notes after Kristine’s recent outbreak, I found that these emotionally charged reactions occur at regular intervals every four weeks. Based on the notes and other information Kristine informally shared, it seems very likely that these behaviors are hormone / PMS related.

While I have no intention of suggesting to Kristine that PMS might make things feel worse, would it be totally inappropriate for me to help her manager make that connection? Am I making too big a leap in my assumptions about it?

Even if I don’t tell Diane about it, is it inappropriate or “too quiet” (I don’t want to be a pushover) for me to be a little more careful with errors, requests, etc. during these times of heightened sensitivity?

I think you can rightly point out to Kristine or her manager that this happens every four weeks, but I wouldn’t speculate on either of them as to why this might be so. The most one could say is, “Given that this happens on a regular basis, it might be worth talking to a doctor about whether something medical is going on.” But anything beyond that is too personal (and also gets into a really problematic historical area about women and emotions).

And don’t treat them differently during these periods. It’s too personal, it’s speculation, and you might be wrong. (And a lot of people – everyone? – would be ashamed to learn that their boss was tiptoeing around them when they suspected they were having their period! I shudder just thinking about it.)

Most importantly, what you need from her doesn’t change whatever the cause of her behavior: She needs to stop having disturbing emotional outbursts, whether it’s from PMS, her monthly book club get-together, or anything else caused.

3. My co-worker tried to assign my work to other people.

My colleague insured me while I was on vacation for a week. When I got back she emailed the team, including myself and our manager, about the tasks I was normally assigned and said, “Team, this is how we will split the responsibilities of the task …”

What should I do? Should I confront her or just send an email about the one she sent saying, “Thanks for your help, but I’ll take it over from here”? Or reassign responsibilities in the email?

This is strange enough that it could simply be a miscommunication about who would continue to manage this work after you return. Talk to her one on one and see if you can figure out where the breakup is. Say, “I actually plan to return to all of this work as it was done before my vacation. Is there anything that will make you think differently?”

Assuming she doesn’t have a meaningful explanation, say, “OK, I’ll send an email letting people know that these will only come back to me as they normally would.” And then do that.

4. Caring for a student with questionable social media judgment.

My alma mater recruited me for an alumni mentoring program that connects successful professionals with students who are interested in similar career paths. I accepted and got a student in her senior year. I ran her name and school on a google search (as most hiring managers would) and found her Instagram account which had pictures / videos of her party, her roommates smoking and getting dressed in lingerie … in addition to her Twitter account, where she regularly links to nude photos, nightly drinking, etc.

I personally don’t care that she does these things, but the world doesn’t need to know, and I’ve tried to let her know that this could negatively affect her search for internships and jobs. I’m not much older than her, but I think her age and / or naivety lends itself to her carelessness in posting these things. She’s interested in corporate PR and I’d like to help her succeed, but don’t know how to help if she doesn’t take up the basic advice I give.

If you’ve been direct with her (as opposed to hints) and she told you she doesn’t care or disagrees, then there is not much more you can do. If you haven’t been straight forward, this is your next step, and you could put it this way: “It is so universal to the hiring of managers to turn away candidates for these very kinds of things that it is viewed as pretty open and closed. ” And, “In PR, in particular, your social media presence is assessed as part of the evaluation process and this is automatic rejection material. Can you tell me how you reconcile this with your desire to keep this stuff going?”

But otherwise, this is a lesson for her to find out for herself.

We have left a good handful of employees over the past few years for a variety of reasons. We have a big, very powerful conference every year, and the former staff sometimes want to volunteer for that conference, but for various reasons we don’t want to. We have tons of volunteer help, and current employees find it uncomfortable to have it back so soon, among other reasons.

I’m trying to put together some professional wording to send them when they inquire about volunteering, but I’m kind of at a loss. Any advice?

“We’re all ready to volunteer this year, but thanks for the offer!”

Or: “We’re trying to attract volunteers who have never worked with us before to expand our reach, but thank you for your offer.”

(I take your word for it that you have good reasons not to want to use the former employees, but is it really that awkward for the current employees? I wouldn’t believe it if people didn’t leave in strange circumstances.)

The 3 Best Beaches in California