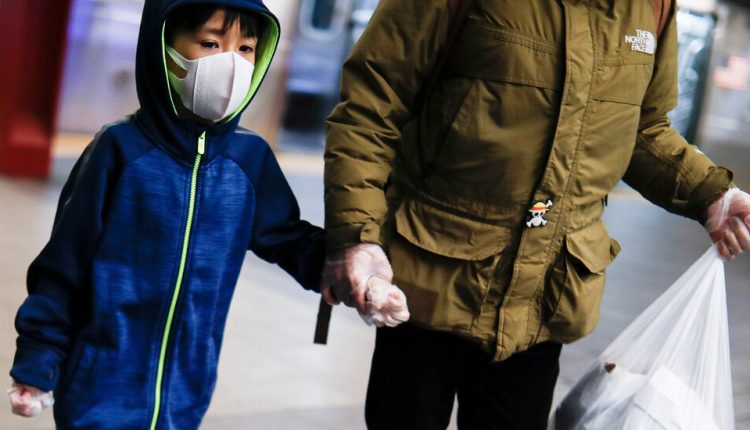 A large nationwide study found important differences between the two main causes of serious illness in children from the coronavirus. The results can help doctors and parents better identify the disease and understand more about the children who are at risk for both diseases.

The study, published Wednesday in JAMA, analyzed 1,116 cases of young people treated at 66 hospitals in 31 states between March 15 and October 31, 2020. About half of the patients in the study had acute Covid-19, which was predominantly pulmonary. related disease that affects most adults who get sick. The rest had the inflammatory syndrome, which some children had seen weeks after an initial infection, which was typically mild.

The researchers found some similarities, but also significant differences, in the symptoms of the two groups and in the characteristics of the patients, who ranged in ages from infants to 20-year-olds.

Young people with the syndrome known as Childhood Multisystem Inflammatory Syndrome, or MIS-C, were more likely to be between 6 and 12 years old. More than 80 percent of the patients with acute Covid-19 were either younger than 6 or older than 12 years.

More than two-thirds of patients with both conditions were Black or Hispanic, which experts say is likely due to those groups being disproportionately exposed to the virus for socio-economic and other reasons. While Hispanic young people appeared to be at the same risk of developing both conditions, black children appeared to be at greater risk of developing the inflammatory syndrome than the acute disease, according to Dr. Adrienne Randolph, a pediatric intensive care specialist at Boston Children’s Hospital and the study’s lead author.

“That MIS-C children are usually between 6 and 12 years old and Black is either talking about who will get infected further, or maybe a real phenomenon about what age and ethnicity are most susceptible to MIS-C or before severe acute Covid, “he told Dr. Srinivas Murthy, Associate Professor of Pediatrics at the University of British Columbia, was not involved in the study.

Young people with the inflammatory syndrome had to be treated in an intensive care unit more often, and their symptoms included heart problems and inflammation, as well as skin and mucous membranes, much more often than patients with acute Covid. But roughly the same proportion of patients with each condition needed breathing assistance, including ventilators, and roughly the same small number of patients in each group died – 10 young people with MIS-C and eight with acute Covid.