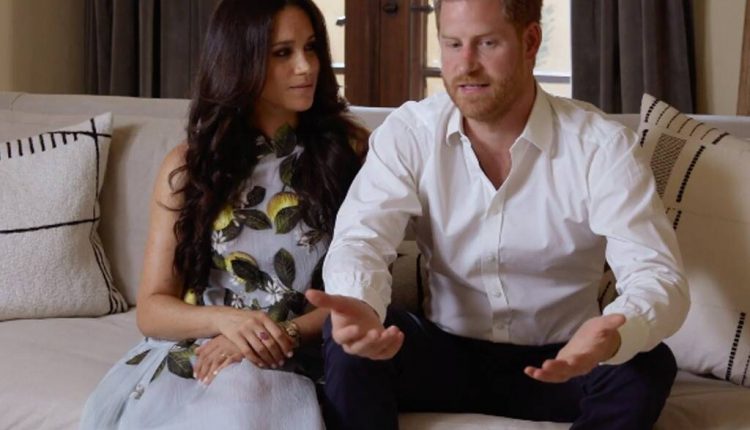 March 7th Meghan Markle and Prince Harry will be interviewing legendary TV personality and her close friend Oprah Winfrey. That being said, a new inside report claims to know that among the subjects they will discuss is the “tense” situation between them and the rest of the US Royal family.

As you know, Meghan and Harry are no longer royals as they decided to leave the palace and move to the US in hopes of living a more normal life and being financially independent.

Well a source teased about E! News they will open about what they called the “very strained relationship” they have with the royals in the UK.

According to this nameless insider, the expectant couple will finally “tell their truth” about leaving the British monarchy and more.

‘There’s a lot of tension between them and the royal family. This interview will shed some light on what you’ve been through. Meghan and Harry are relieved that they are away from everything. ‘

RELATED: Prince William and Kate Middleton’s third child will have a formidable title

After being officially released from their royal duties, the source claims that they will be able to be much more honest about the reality of everything.

Additionally, they’ll talk a lot about how mental health came into play and how it was affected by it.

This is the very first major seated interview since they got engaged in 2017, so there’s no doubt they’ll have a lot to say.

After all, many things have happened since then, including her moving to the US, doing business with Netflix and Spotify, getting pregnant again, and much more!

People were keen to learn more about Harry’s relationship with his older brother William as there are a lot of rumors that they no longer get along, which apparently left Harry “heartbroken”.

“Harry and William are on two different paths,” noted the insider, referring to the fact that William is standing for the throne while Harry has a very different career in the US.

Louis Vuitton Launches ‘Jamaica-Impressed’ Sweater, However Will get Colours Flawed and Criticism Rains