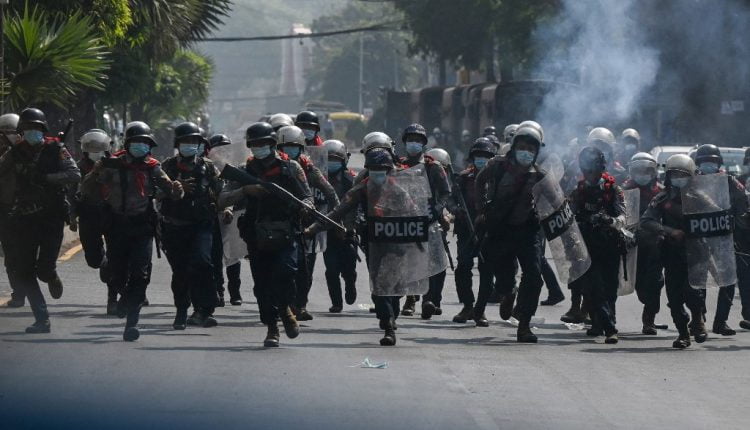 Police officers are going to the northeastern state of Mizoram to seek refuge instead of carrying out the orders of the Myanmar military, the Indian official says.

Three Myanmar police officers have moved to the northeastern Indian state of Mizoram to seek refuge there instead of carrying out orders from the military government, an Indian police officer said Thursday.

The three men crossed the border near the city of North Vanlaiphai on Wednesday afternoon and local authorities were assessing their health and making preparations, said the Serchhip district police chief in Mizoram.

“What they said is that they received instructions from the military rulers that they cannot obey, so they ran away,” Superintendent Stephen Lalrinawma told Reuters.

“They are seeking refuge because of the military rule in Myanmar,” said Lalrinawma.

India shares a 1,643 km land border with Myanmar, where more than 50 people were killed in protests against the military coup on February 1.

The military toppled a democratically elected government and arrested its leader, Aung San Suu Kyi, after denying their party’s landslide victory in November.

The coup reversed years of slow progress towards democracy in Myanmar after five decades of military rule. It was the day a newly elected parliament was due to take office.

Aung San Suu Kyi’s National League for Democracy Party would have been installed for a second term of five years. Instead, she was detained along with President Win Myint and other high-ranking officials.

Thousands of Myanmar refugees are already living in India, including ethnic Chinese, a Christian minority and mostly Muslim Rohingya who fled the Southeast Asian country during previous violence.

Like the Rohingya, the Chin are a persecuted minority in Myanmar living in Myanmar, Bangladesh and India.

About 300 refugees from the Chin community protested in New Delhi on Wednesday against the military takeover in their country last month and demanded the immediate release of Aung San Suu Kyi.

The demonstration by members of the Chin minority took place in Jantar Mantar, the main area of ​​the Indian capital for protests near Parliament.

Protesters held posters with slogans such as “Restore Democracy in Burma” and “No More Murders in Myanmar” as they burned a coffin containing photos of Myanmar’s coup plotters and Chinese President Xi Jinping, accusing him of supporting the military rulers . They also stamped their feet on the Chinese national flag.

During the demonstration, the demonstrators also called on Indian Prime Minister Narendra Modi to pressure the military rulers of Myanmar to restore democracy in the country.