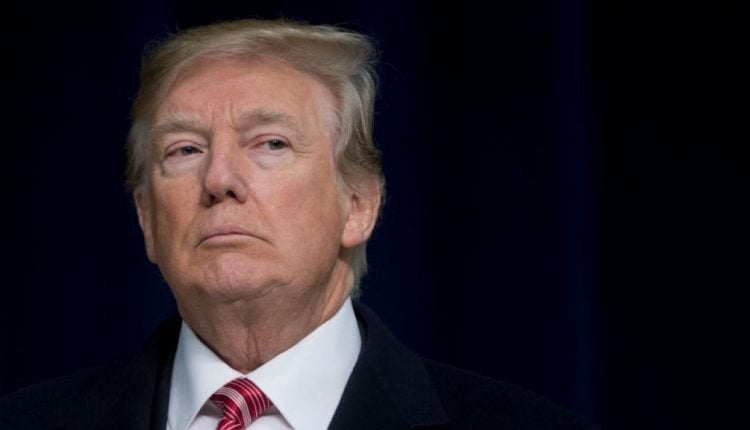 Trump’s Most Deadly Flaw Has Nothing to Do With Politics. It is a Lesson in Emotional Intelligence

There are a lot of things that you can say are flawed about our current President. Most of them have already been mentioned several times by others. However, here I want to focus on one specific mistake, not to throw fuel on an already overwhelming fire, but because I think it is a guide for any guide.

Even if you agree with President Trump’s policies, I think it’s important to understand this fatal flaw as not only is it at the heart of most of the decisions he’s made over the past four years, but it is also likely a good one Number of you contributed.

That sounds harsh, I know, but if you back down on the possibility, it really just makes my point. The fatal mistake of leadership is the inability to admit when you are wrong.

Most of the time, when you think about what caused the most pain and chaos, it came down to a leader who was emotionally incapable of admitting he was wrong. However, our current president isn’t the only one struggling with it – almost everyone is. I am ready to admit that I am one of those people who may be allergic to the words “I was wrong”.

Sure, “being wrong” isn’t ideal, but the truth is that most of us get wrong pretty regularly. That is normal. It becomes a problem when you see “wrong” as a weakness or as something that makes you inferior. Is not it. It makes you normal.

As a leader, you have a responsibility to be self-aware enough to realize it and mature enough to admit it. It’s hard to admit that you were wrong, and it’s even harder to say it out loud. Make no mistake, however, it is one of the most important things a leader should do.

Failure to admit to ourselves and others that we were wrong is usually an attempt to avoid shame. But admitting that you were wrong shouldn’t involve shame. Instead, it should be rewarded as it shows a willingness to learn and grow.

Remember, if your primary goal is never to have to admit that you were wrong, you are not focusing on being right. This is because the results can very often be measured correctly or incorrectly. Did what you were trying to achieve? If it doesn’t, the next logical step is to find out why and come up with a better plan.

In the president’s case, with no exception I can think of, the next step was to shift the blame on others, attack his critics, or claim it was all “false news.” He even went so far as to say “I do not take responsibility” when asked at a press conference about problems with the response to the Covid-19 crisis.

If you don’t want to admit that something didn’t work – that you were wrong – you’ve left out any possibility of actually being right. That seems totally illogical, but the truth is, we’re not always logical. Sometimes our pride bothers us. If so, it’s not just bad for us, it’s bad for everything we lead. We no longer focus on getting things right and doing them well.

The other problem for leaders is that if you don’t admit that you’re wrong, no one on your team can move forward. You are essentially asking them to choose to defend your pride rather than pursue the mission. As a result, you are breaking trust and damaging the influence you have as a leader. Now, not only are you wrong, but your failure to admit it means you are compromising your leadership.

By the way, there is one more point that is worth mentioning: If you are worried about admitting you were wrong, it will cost you respect. It is almost always the case that the opposite is true. Your team will respect you more because you are honest with them and ready to put them before your pride.

I think it’s fair to say that the ramifications for the President of the United States are much greater. The truth is that it is an important lesson for any leader.