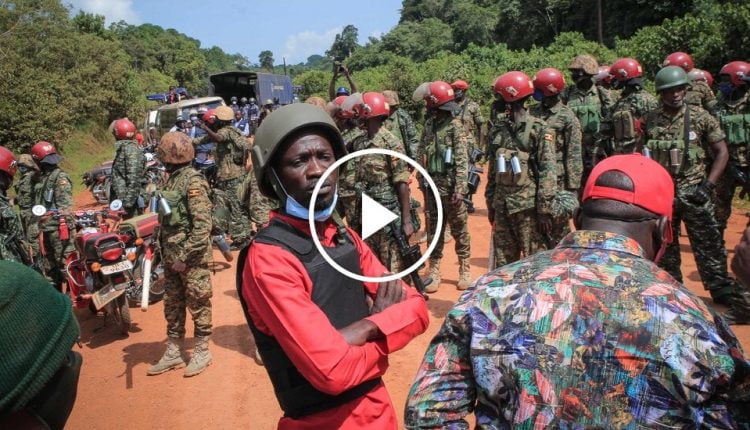 Bobi Wine, Uganda’s leading opposition, was pulled out of his car by police on Thursday. He has filed a complaint with the International Criminal Court accusing the country’s president of authorizing a campaign of violence against opposition politicians and their supporters ahead of next week’s general elections.

“But what the world sees is just a glimpse of what is happening in the country. I am a presidential candidate, but as you can see, I can be molested like this, gassed in tears and sprayed with pepper. You can imagine what happens to the Ugandans who have no voice. So the international community has seen what is happening to the people of Uganda and what is not only happening now, but what has been happening for a long time, from the massacres in Kasese in northern Uganda to what happens every day. I really wish the international community could make the rule of law and respect for human rights a prerequisite for working with Uganda so that the international community does not continue to act as a partner in crime. My main mission is to be alive in seven days. “” Give me … “” As you can see, as you can see, this is our main street with the police. I park on the side of the road so that the network doesn’t break. But unfortunately I am being harassed park to speak to the international press. We go through this every day. In fact, I would really, really – now I’m being arrested, as you can see. I’m being arrested. “” He’s a presidential candidate! “