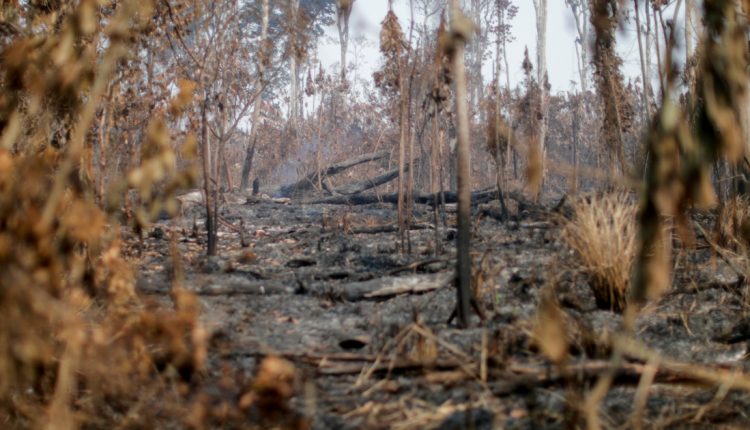 The world has lost tropical forests the size of California over a period of 13 years, the World Wide Fund for Nature (WWF) environmental group said Wednesday, calling for COVID-19 recovery plans to revitalize conservation efforts.

In a new report, WWF analyzed 24 deforestation hotspots in Asia, Latin America and Africa and found that more than 43 million hectares of forest were cleared in these areas between 2004 and 2017.

Fran Raymond Price, the global director of forest practice at WWF International, said the COVID-19 pandemic over the past year has made the links between deforestation and human health clearer.

“When you have more deforestation and land use change, you run the risk of new diseases becoming more likely,” Price told the Thomson Reuters Foundation.

The WWF report, using the best quality data available over the past 20 years, found deforestation in the Brazilian Amazon and much of the country’s tropical savannah, Cerrado, the Bolivian Amazon, Paraguay, with the fastest rates took place. Argentina, Madagascar and the islands of Sumatra and Borneo in Indonesia and Malaysia.

Commercial agriculture is the most common cause of deforestation worldwide, especially large-scale agriculture. Forest areas have been cleared for grazing and the cultivation of farm animals.

While subsistence farming was a motor in Africa, plantation expansion and commercial farming were key factors in Asia.

“The way we make and consume food is at the heart of the challenge we face,” said Price, highlighting beef production, soy and palm oil as the main culprits.

In all hotspots, the development of the infrastructure – including the expansion of roads and mining – has also fueled deforestation, said the WWF.

Protecting the world’s forests is believed to be critical to curbing global warming as they store carbon to warm the planet and help regulate the climate through rainfall and temperatures.

Forests covered about half the earth’s land area 8,000 years ago, but only 30 percent is now forested, Price said.

However, the COVID-19 pandemic could serve as a trigger for stepped up measures to protect forests, the report added.

“With this devastating pandemic, we also have an opportunity to better build and really look at our relationship with nature and heal that relationship,” Price said.

Voters should also urge their leaders to stand up for policies that aim to stop deforestation and restore forests, he added.

In addition, urgent action is needed from governments, businesses and regulators to secure land rights for indigenous peoples and local communities, strengthen local control of forests and preserve areas of high biodiversity, the WWF said.

Measures should also be taken to ensure that forest products are legally, ethically and sustainably produced and traded in order to reform supply chains and to encourage more businesses, lenders and investors to commit to deforestation.

“We need to change our relationship with forests,” she added. “We have come to a point where we are looking for souls together … and now the time has come.”