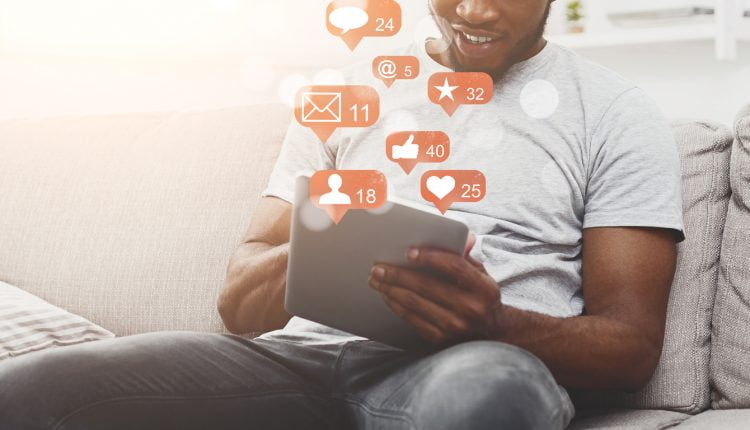 Social media is a valuable tool – for everyone. Celebrities and athletes use it to keep in touch with their fans, and entrepreneurs need to take the same approach when it comes to building a following.

I played professional baseball for five years – three years with the Seattle Mariners Organization and two years with the Minnesota Twins Organization. From day one of training camp throughout my career, the importance of fans has always been emphasized.

See Also: How Did This 16 Year Old Girl Accumulate 100 Million Followers On TikTok?

After all, without fans, I wouldn’t have had a great opportunity to make a living playing baseball. Young athletes with career potential these days are being prepared to build a social media fan base – one to take with them on their journey.

Celebrities do the same thing – and I see more entrepreneurs doing the same these days. Why? Well, being an entrepreneur is perceived as “cool” – more than a few years ago.

We can thank TV shows like Shark Tank for paying more attention to the entrepreneurial space and making it look glamorous when it doesn’t. Here are some reasons business owners should take the time to build a strong social media following.

When I played baseball, social media was a way to bring fans into our lives – on the field and on the street. Sometimes it was their day just to reply to a tweet and thank them for their support. In return, they gave the team more support.

Celebrities, for example, can build strong following and create the connection film studios and networks look for when casting. They know that when they involve this person on a project, their followers will step in because of that connection. It’s priceless.

Many people also seek inspiration from entrepreneurs. By building a following and connecting with these people, you create the same valuable connection that can be beneficial to your business or future projects.

When an athlete has a large number of social media followers and is traded, those followers stay with them. However, if they only follow the team accounts they will be disconnected. Same goes for movie stars and television actors – when they join a new project, their following is attached.

Great value for an athlete or a celebrity these days has to do with their audience. Those eyeballs and attention are worth something, whether it’s ticket sales, goods, or TV ratings.

When an entrepreneur builds a strong social network, they can use it to raise awareness about their company. When that business is sold or acquired and they start a new project, they have the audience to market to on day one.

Take a look at Kylie Jenner, for example. Every time she started a new business, she had an audience ready to buy.

It opens the door for collaborations and business deals

Athletes and celebrities are often targeted with offers to promote products and services on social media because they have the reach and ability to deliver messages to viewers who are paying close attention to what they are saying.

Someone who owns a digital marketing agency could team up with someone who owns a photography studio and share the services that the other company provides with their audience. This type of “warmed up” introduction does a great job of opening up new business areas because it comes from a referral source that the audience is already familiar with and trusted by.

When an athlete posts on social media, there is an audience that engages with that content immediately. This can be used to share team messages or even just exchange messages or opinions that are important to them. It gives them a voice.

For every major social media account, from a popular celebrity to a meme page, they have an audience available 24/7. This is what every entrepreneur should strive for.

Related: Position yourself as a knowledgeable professional on social media

Think how much money is being spent on marketing, whether it’s email marketing, Facebook ads, search engine optimization, etc. It costs money to put yourself in front of people, and there is no guarantee that the audience will be interested in what you are offering.

Clearly, people who follow an entrepreneur on social media have an interest. So when a new product or service is launched, not only does that audience have a high level of interest, but it is also an audience that can be marketed for free.

It’s an asset that you can create for free

It should be clear that everyone should be doing something to build a social media following. From athletes and celebrities to entrepreneurs and business owners. It’s a very effective marketing tool.

The best part? The costs.

You can build a large social media following for free. The world’s greatest followers were naturally built, and one thing is responsible for that growth – content.

While it might be easier for an athlete or a celebrity to get attention, that doesn’t mean an entrepreneur can’t take the same approach. You need to think about what your audience wants to see. What kind of content is going to get them to hit the follow button and give you their attention. If you can see this, you will have success on social media.

This article was originally written by Dominic Blanco for Entrepreneur Magazine.