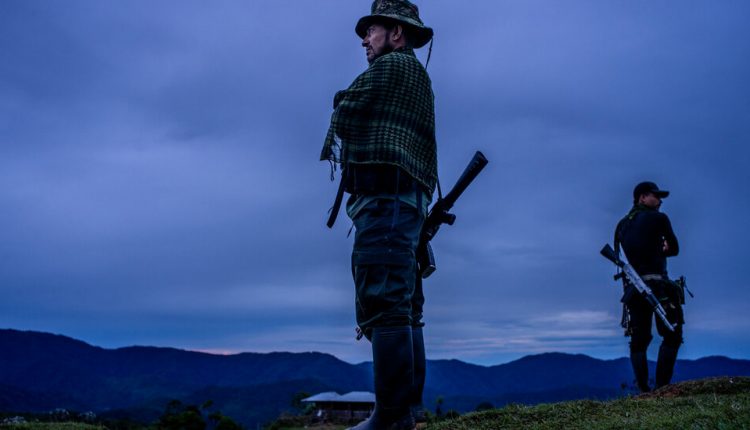 In an interview on W Radio, Minister Diego Molano said that the youths killed in the operation were “young combatants” who had been recruited by criminal actors and turned into “machines of war”.

But he repeatedly refused to reveal the ages of the dead amid local media reports that several of those killed were minors, including a 9-year-old girl. In the interview, Mr. Molano called this information “illegitimate” and part of a “political war to provide information that our military wanted to delegitimize”. On the program, the host read out the names of the dead who were reported dead in local news reports.

The allegations immediately resonated in a nation hit by decades of brutal internal wars involving the US-backed government, left-wing rebels, right-wing military allied paramilitaries, and powerful drug cartels. Today the country is divided over a 2016 peace deal that aimed to end that era but had limited success.

On Wednesday morning, the Colombian military announced they had killed 12 people in a military operation that targeted the “criminal structure” of an armed group led by Gentil Duarte, a former member of Colombia’s largest rebel group, the Colombian Revolutionary Left . or FARC.

The FARC signed a peace agreement with the government in 2016, officially ending the war between the two sides. But some rebels, including Mr Duarte, abandoned the peace deal and returned to arms.

As the FARC withdrew from vast areas, other violent groups moved in and turned many communities into battlegrounds between the military, rebel groups old and new, and paramilitary groups. For many in Colombia, the war is not over.

President Iván Duque has come under increasing criticism for not doing enough to stop the violence.

In late 2019, his former Defense Minister Guillermo Botero resigned after failing to reveal that several children had died in a military attack on a criminal group.

In a radio interview, Molano said that the operation, which took place in Guaviare department on March 2, was within the framework of international law. He blamed the criminals and the young people themselves for death.

“We’re not talking about young people who didn’t know what they were doing,” he said of the dead.

“Who is responsible for recruiting them to turn them into war machines?” he added. “It’s these organizations, not the national army.”

These comments were immediately criticized by several sectors of Colombian society, as young people recruited by armed groups should be treated as victims rather than perpetrators.

The land has been consumed in a conversation about how to deal with child recruitment for decades.

“They are not fighters, but victims of war,” wrote Diego Cancino, a city councilor in Bogotá, the capital, on Twitter. “Minister Diego Molano, you cannot justify what is unjustified.”

Sofía Villamil contributed to the coverage.

The D.C.C.C. Blacklist Is No Extra