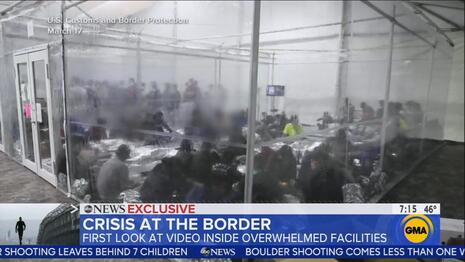 Actuality Units In? ABC Appalled at Biden’s ‘Jail-Like’ Horror on the Border

Reality seems to be taking hold for some of the networks this week as they finally wake up belatedly to the horror at the border and label the situation a “crisis” even if the Biden government won’t. ABCs Good Morning America received a video of the detention centers on Tuesday in which reporter Cecilia Vega was deciphering Joe Bidens “Prison-like” children in the cage debacle. She even did so while using the red description of how everything is in conflict with Donald Trump’s “hardline” guidelines.

As Bill D’Agostino from the MRC just documentedJournalists tried to view Biden’s incompetence as simply a “difficult” and “complex” problem. But now Vega practically vented the southern border: “We met young children, nine and ten years old, who were traveling alone. Because there are so many children just crossing the border You will likely end up behind me in a facility like this, heavily overcrowded prison-like places not intended for children. ”

She described the terrible treatment:

So many children sleep on the ground in this tent complex on the southern border. Crouched side by side under foil blankets … But this is not a place for children. Stuffed in pods, in a pod with more than 400 boys.

While Vega still called Trump’s effective border policies “hardline,” he implied Biden was out of touch: “But under fire from critics who said they didn’t do enough to plan the upswing after seeing many of Trump’s Repealed hardline immigration policies The government still refuses to call the situation a crisis. “ 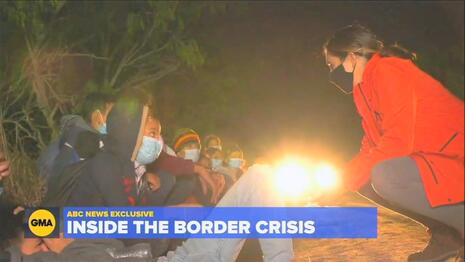 The journalist then played this clueless clip from White House press secretary Jen Psaki: “Well, kids fleeing violence and law enforcement and terrible situations on our border are not a crisis.”

In fact, the networks have finally moved beyond the Biden government’s denial of reality. Robin Roberts, co-host of GMA, opened the segment on Tuesday as follows: “We’re moving on to our exclusive ABC News on the website Crisis on the border. “On CBS This Morning, co-host Anthony Mason stated,” CBS News is learning of new steps the Biden administration is taking to facilitate growth Crisis on the border. ”

On NBC’s Today, co-host Hoda Kotb also flatly used the word, “Let’s move on to another important story this morning. We talk about that Border crisis. ”

The reality setting at ABC’s Good Morning America was sponsored by Jersey Mikeand CarMax. Click the links to let them know that they want the reality to continue in their coverage.

A transcript of the segment can be found below. Click “Expand” for more information.

ROBIN ROBERTS We’re going exclusively to our ABC News about the crisis at the border. Our first look at a video in one of the facilities that was overwhelmed by the increase in migrants. Our White House chief correspondent, Cecilia Vega, is outside this facility. It’s in Donna, Texas. Good morning, Cecilia. 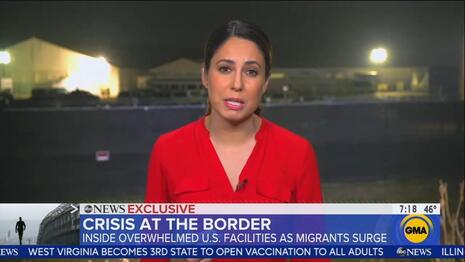 This video was recorded last week by Customs and Border Protection exclusively by ABC News. Only 250 people are supposed to be held here. Instead there are nearly 4,000. Some families are mostly unaccompanied minors traveling alone from teenagers to infants. Here small children are observed by a caretaker in a playpen. The children set out on the treacherous journey from Central America in the hope of applying for asylum. Inside, they are medically examined and line up one after the other for food. This video shows girls exercising outside at a center in El Paso, but this is not a place for children. Stuffed in pods, in a pod with more than 400 boys. The White House says they are working ASAP to get these children to shelters and homes to ask FEMA for help. But under fire from critics who said they didn’t do enough to plan the recovery after turning many of Trump’s tough immigration policies on their heads, the government still refuses to label the situation a crisis.

JEN PSAKI: Well, children fleeing violence on our border and fleeing law enforcement and fleeing dire situations are not a crisis.

VEGA: We are on patrol with the authorities at the border and the children just get on. This family tells me that they have been on the road for more than a month and walk most of the way. He tells me that he is not tired. He says he’s ready to keep walking. And just up the street an even larger group, including these two boys, nine and ten years old, who were both traveling alone for more than a month. The group promised to protect them. The boys show me the phone numbers of family members in the United States. Hope to find you soon. One written on a hat.

Woman: This is his grandfather’s phone number.

VEGA: The other one is in his pocket.

VEGA: Right here in his pants. I ask are you scared? Yes, tell me a lot. They are scared and they are hungry. After we met these children, they were detained by the Border Patrol. From there they are taken to places like this facility, where so many runners are kept far past – many of them well past the three days they are allowed to be here. From there to a care system or shelter more suitable for children, but it could be more than a month before they are back with their families, Robin. You still have a long way to go. Robin, I’ll tell you that I’ll never forget the faces of those little boys we met last night.

5 Traditional Books Warren Buffett Personally Recommends You Ought to Learn