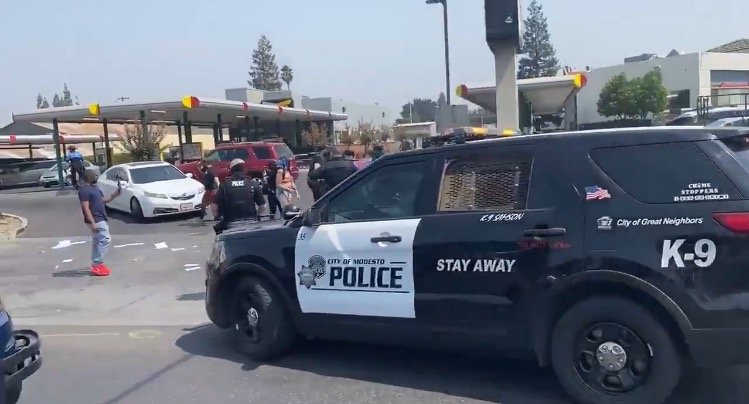 Modesto, California – Police intervened when a group of Antifa in the Black Block were hit in the ass by a group of Conservatives.

Antifa thugs were pretty beaten by conservatives when police broke up the fight.

Conservatives held a “straight proud” event in Modesto on Saturday when Antifa and other left-wing protesters showed up to cause trouble.

About an hour into the event, a brawl broke out between the Antifa and Conservatives.

Breaking: A group of #Antifa were rescued by police after being beaten and forced to retreat during a violent left-right protest in Modesto, California. pic.twitter.com/nZZ9gLkfru

Here is the complete livestream of the event: