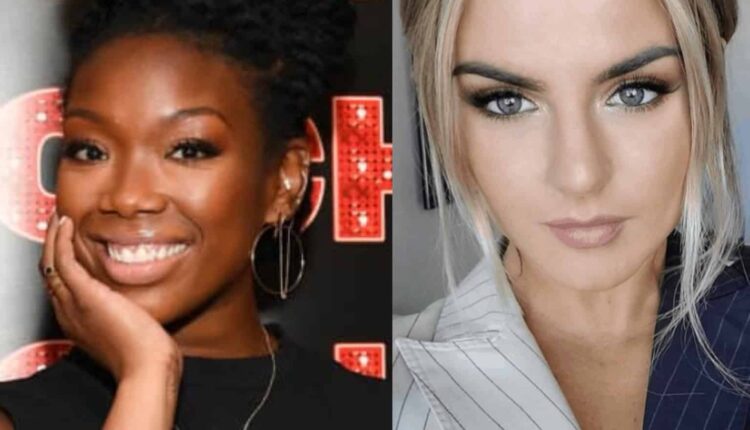 Roomies, what do you call it when nostalgia and singing collide? Well, in the case of Brandy and JoJo, we’ll have to wait and see! JoJo posted a photo next to Brandy with the headline “Hi Queen”. In response, Brandy slipped into her comment section to announce an upcoming collaboration!

“I can’t wait for people to see what we have in store,” Brandy wrote. “You are so special to me and the music. We are so happy that we had the opportunity to connect. “

In her words, Brandy gives just enough to make everyone wonder what exactly this couple has in store for fans. While both ladies are known to knock down with singing, the photo posted gives no indication that the collaboration had anything to do with music. In fact, it’s hard to tell when this photo was taken, but Brandy’s Connect comment could mean it was a recent link.

In the photo, Brandy is wearing a black, patterned long-sleeved blouse. She is shown smiling with her hair straightened. In the meantime, JoJo has opted for lighter colors in their fit. She wore a buttoned white polka dot blouse with a bright orange tank top underneath. JoJo equipped with a small necklace. By Saturday, the photo had received over 105,000 likes on Instagram.

Meanwhile, fans can look forward to Brandy’s confirmed project “Queens”. She was cast to star in the ABC drama pilot as a member of a fictional 90s hip hop group. She has worked with big names like Eve, Naturi Naughton and Nadine Velazquez.

Last year we exclusively reported on an excerpt from a collaboration between JoJo and Tory Lanez. The song titled “Comeback” came from JoJo, who fantasized about the intensity of sleeping with her ex. The singer picked Tory as the first choice for the feature and said, “I sent him the song and he raised the stake by putting in a verse that exceeded my expectations.”