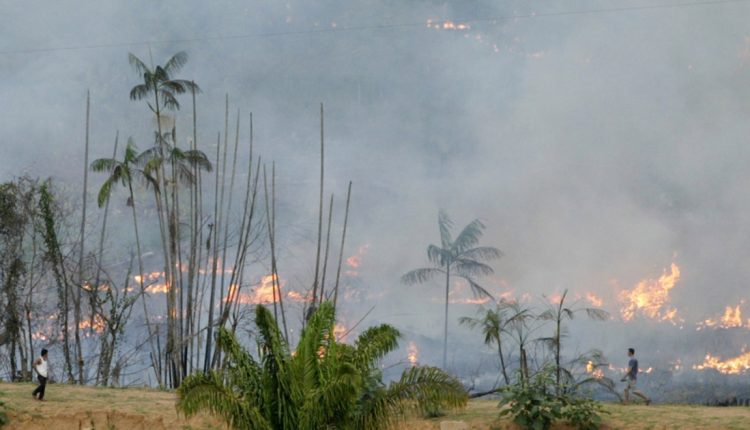 Brazil cut gas emissions from 2004 to 2012, but new data confirms that the trend has reversed.

Brazil’s carbon emissions rose 9.6 percent in 2019, largely due to increased deforestation in the Amazon in the first year of President Jair Bolsonaro’s administration, environmentalists warned.

New data released on Friday suggests Brazil will miss its CO2 emissions targets for this year and is moving away from its 2025 target and commitments under the Paris Climate Agreement.

According to the Brazilian Climate Observatory, a coalition of environmental organizations, Brazil emitted the equivalent of 2.175 billion tons of carbon dioxide (CO2) in 2019.

Brazil managed to cut emissions from 2004 to 2012, but the new data confirms that the trend has reversed, despite the voluntary targets agreed before the 2009 Copenhagen climate summit. These goals were then implemented in Brazilian law and made binding on the government.

“Since regulating the national climate law in 2010, Brazil has increased the amount of greenhouse gases it emits into the air annually by 28 percent instead of reducing them,” added Azevedo.

The growth in emissions in 2019 was due to exploding deforestation in the Amazon rainforest, which accounted for 44 percent of Brazil’s total CO2 emissions.

The largest rainforest in the world is an important resource in the fight against climate change, as its trees suck carbon from the air. But if they are liked and burned, they give it back.

“Our goal for 2020 was easy to achieve. We would only miss it if there was a tragedy – and that’s exactly what happens, ”said Marcio Astrini, Executive Secretary of the Climate Observatory.

The report came when Vice President Hamilton Mourao, head of the Bolsonaro Task Force on the Amazon, led foreign ambassadors on a three-day visit to the region to improve the government’s international image on the environment.

But environmental groups condemned the trip as whitewash.

“They are flying on a route strategically designed to hide evidence of forest destruction even if deforestation and forest fires reach 10-year highs,” Greenpeace said in a statement.

The Greatest Recommendation for Mergers and Acquisitions