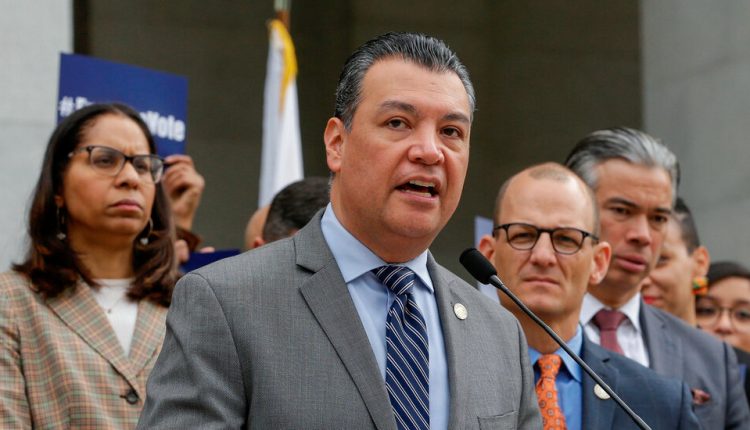 Before that, he said in an interview last month, “I wouldn’t say that I had ever dreamed of running for office, but I knew I had to do my part or our church would continue to be the scapegoat.

Mr. Padilla worked as the community organizer for Art Torres, who later headed the state’s Democratic Party (and also oversaw Mr. Becerra). He then led legislative campaigns for two Latino politicians in Los Angeles and worked in Ms. Feinstein’s field office before winning his seat on the Los Angeles City Council with the support of the city’s Latino-dominated unions. Until 2001 he was the youngest President of the Council.

When Mr. Newsom was running for Mayor of San Francisco in 2003, Mr. Padilla introduced him to Los Angeles contacts and helped strengthen his position against a Latino opponent. Several years later, as a member of the Senate, Mr. Padilla carried out Mr. Newsom’s bid for governor in 2009 before Jerry Brown entered the race, and Mr. Newsom was eliminated and ran for lieutenant governor instead.

In 2018, he stood by Mr. Newsom’s side again, giving him early support in a crowded elementary school that included former Los Angeles mayor Antonio Villaraigosa.

As Secretary of State, Padilla promised to register a million new California voters. The state has added more than four million because of legislation it endorses that registers Californians to vote when they get their driver’s license.

Father of three, Padilla and wife Angela live in the San Fernando Valley. His mother died three years ago, he said, but he, his father, and siblings live within five miles of each other. His sister works for the Los Angeles Public School System and his younger brother is Chief of Staff to the President of the Los Angeles City Council.

“We are all in the civil service and for me this is no coincidence,” said Padilla. He cited the impact of the coronavirus pandemic on color communities, inequalities in digital literacy, and “the long-standing need for comprehensive immigration reform” as issues he “wanted to play a role” in.

“I love the civil service and have been doing it for more than 20 years. I would love to continue as long as I am effective and they will continue to have me,” he said.